Groupama Team France skipper Franck Cammas is working hard in rehab and moving around with an “iWalk” hands free leg brace that lets him keep his injured right foot off the ground and walk without traditional crutches. Backup helmsman Adam Minoprio will be onboard at the AC World Series in Oman at the end of February, but Franck hopes to be sailing on the AC45F the following week during a training session in Oman. Read about Franck’s accident here. 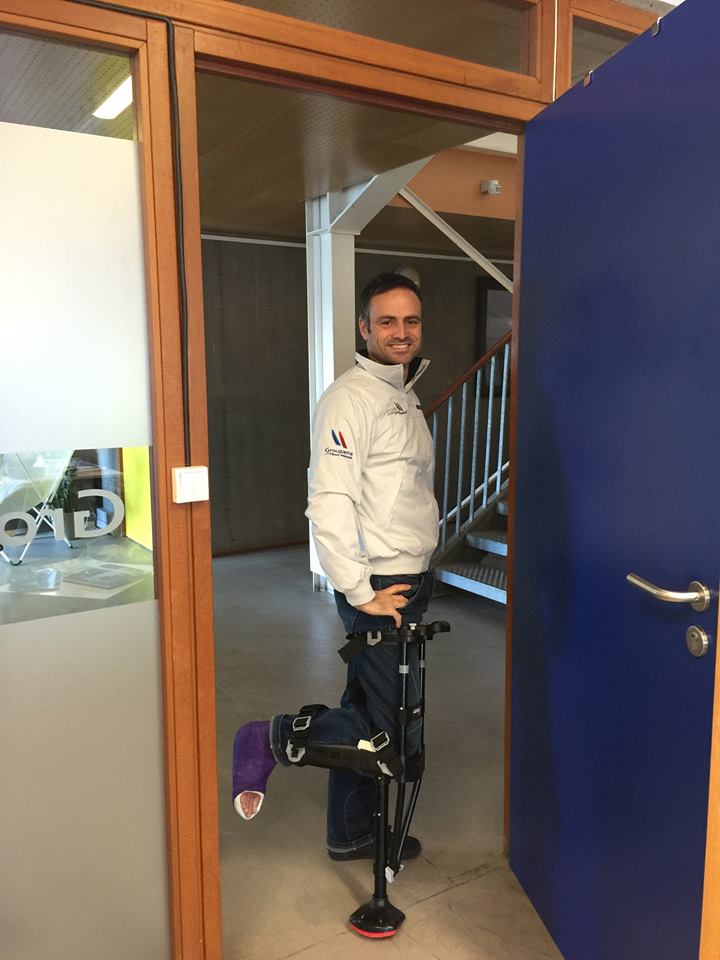 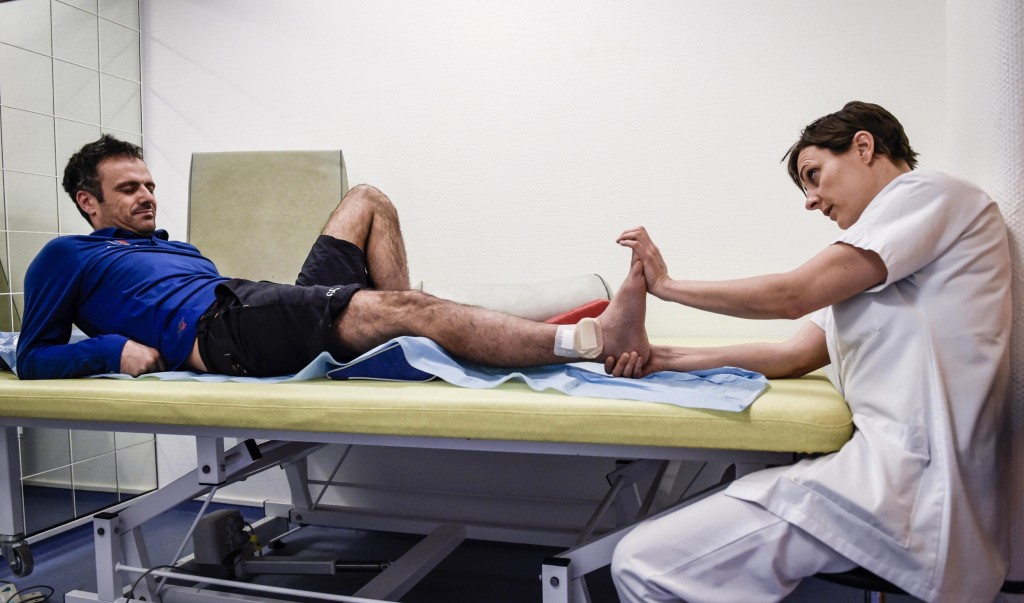 Franck Cammas has been spending five to six hours per day in rehab in addition to going to the team’s offices for regular design meetings. 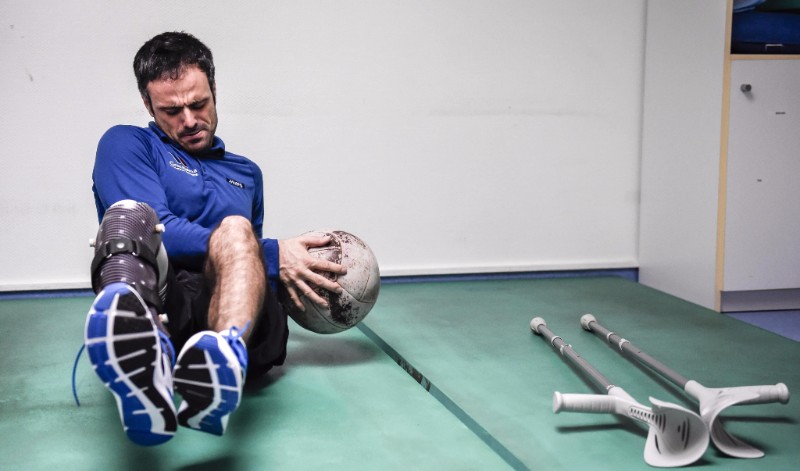