Is ergonomics the sleeper issue in AC72 design?

Three AC72 designs. Three ergonomic approaches for layout and crew choreography. The 2013 America’s Cup in San Francisco may be decided by crew work – the short, tight courses will mean a lot of maneuvers. We will look at crew choreography in another article; here we’ll just show the boat layouts. 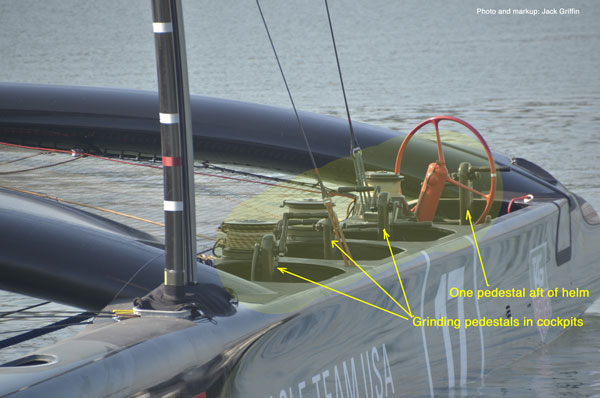 Consistent with their attention to aerodynamics, OTUSA has their grinders face fore and aft, standing in cockpits, to reduce windage. There are four grinding pedestals on each hull. One of the grinding stations is aft of the helm. Advantage: less aero drag. Disadvantage: harder for the crew to get in and out of the cockpits. 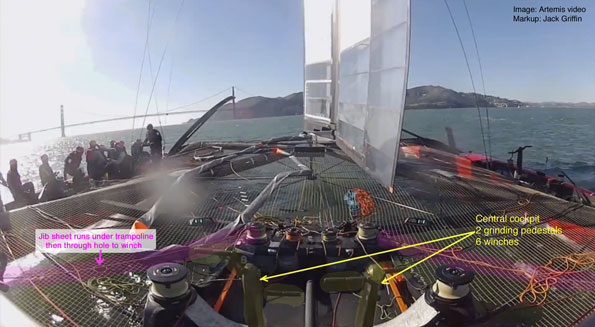 Unlike the other three teams, Artemis does not have four grinding pedestals on each hull – only two. Their boat has a central cockpit with two more pedestals and six winches. Advantage: saves the weight of two pedestals on the boat. Disadvantage: reduces righting moment when the crew are not on the windward hull. 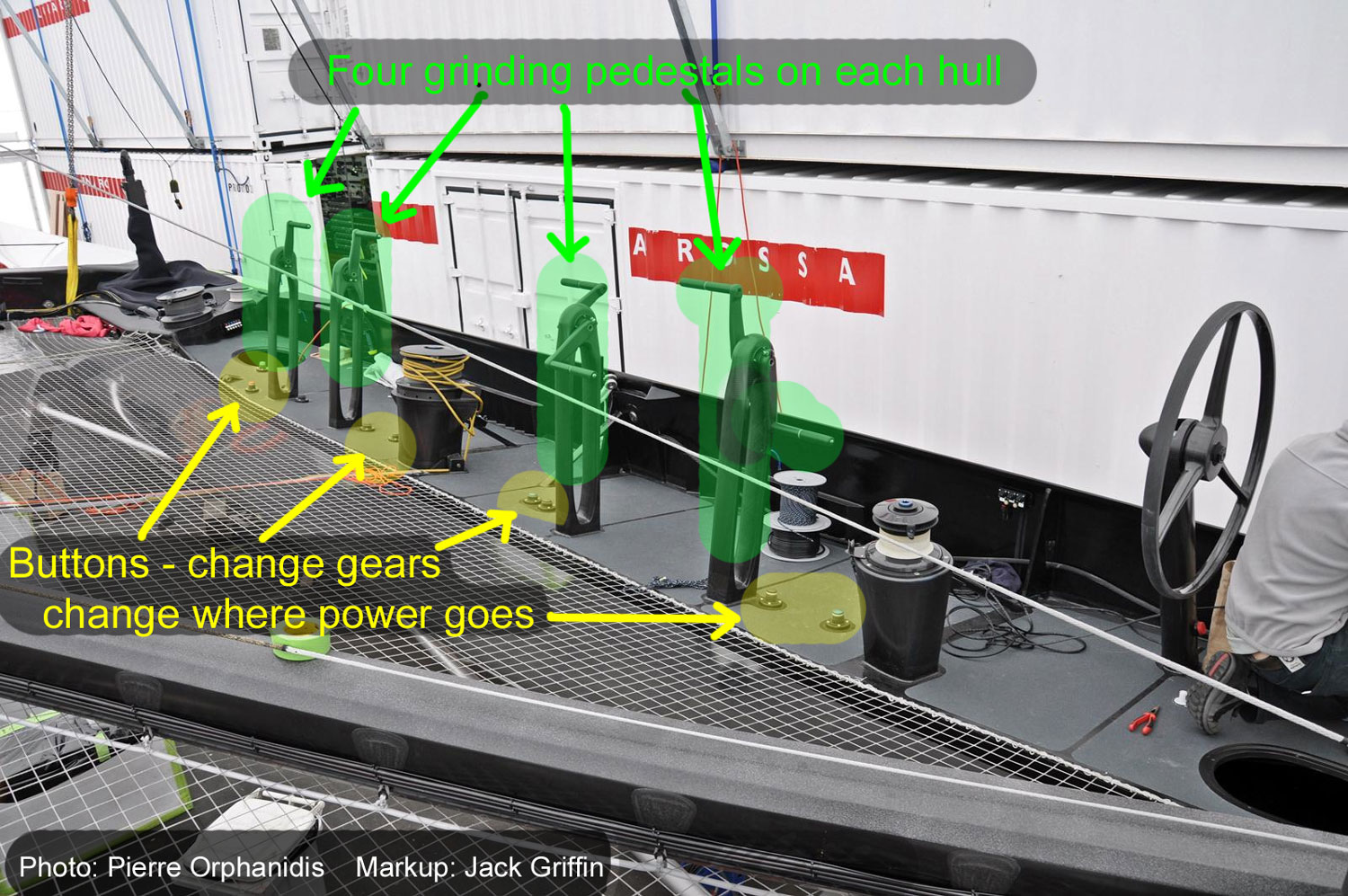 Luna Rossa bought their design from ETNZ (yes, this is legal under the rules), so both AC72 designs have the same layout, with four grinding pedestals on each hull, facing side to side in a very open layout with no cockpits. All four pedestals are forward of the helmsman. Advantages: The open layout makes it easy for the crew to move from one hull to the other during maneuvers. Disadvantage: more aero drag from crew standing sideways.

Luna Rossa will not build a second AC72 but will continue to develop their boat.  ETNZ has evolved their AC72 design and built second boat, which includes changes to reduce aero drag. 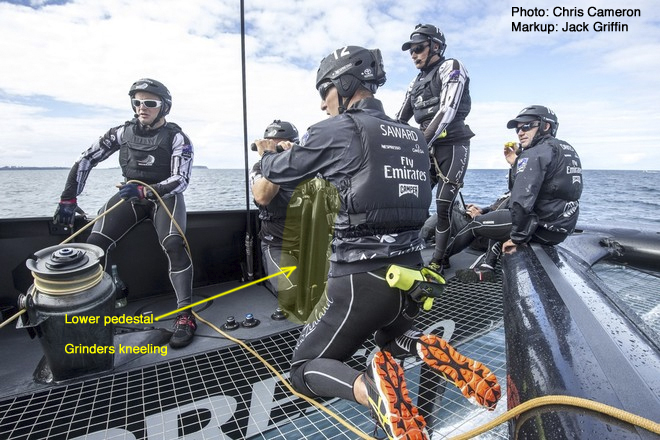