Italy’s Luna Rossa will hold an open house at their base in Cagliari on 28 August. Their online offer of 1,000 invitations for the public was totally booked in under an hour. We may see them announce their challenge at this event. This will be the fifth America’s Cup challenge for the team’s billionaire backer Patrizio Bertelli, CEO of the Prada fashion house and husband of Miuccia Prada. The rumor mill says that Luna Rossa will be the new Challenger of Record. 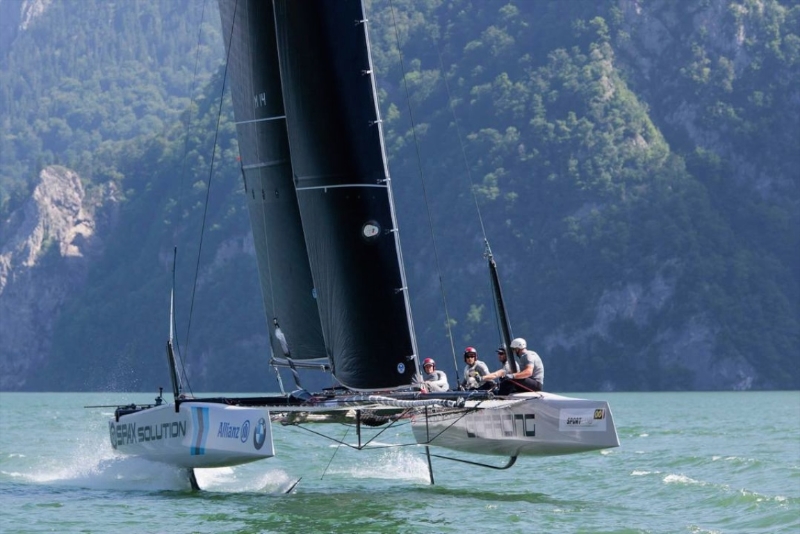 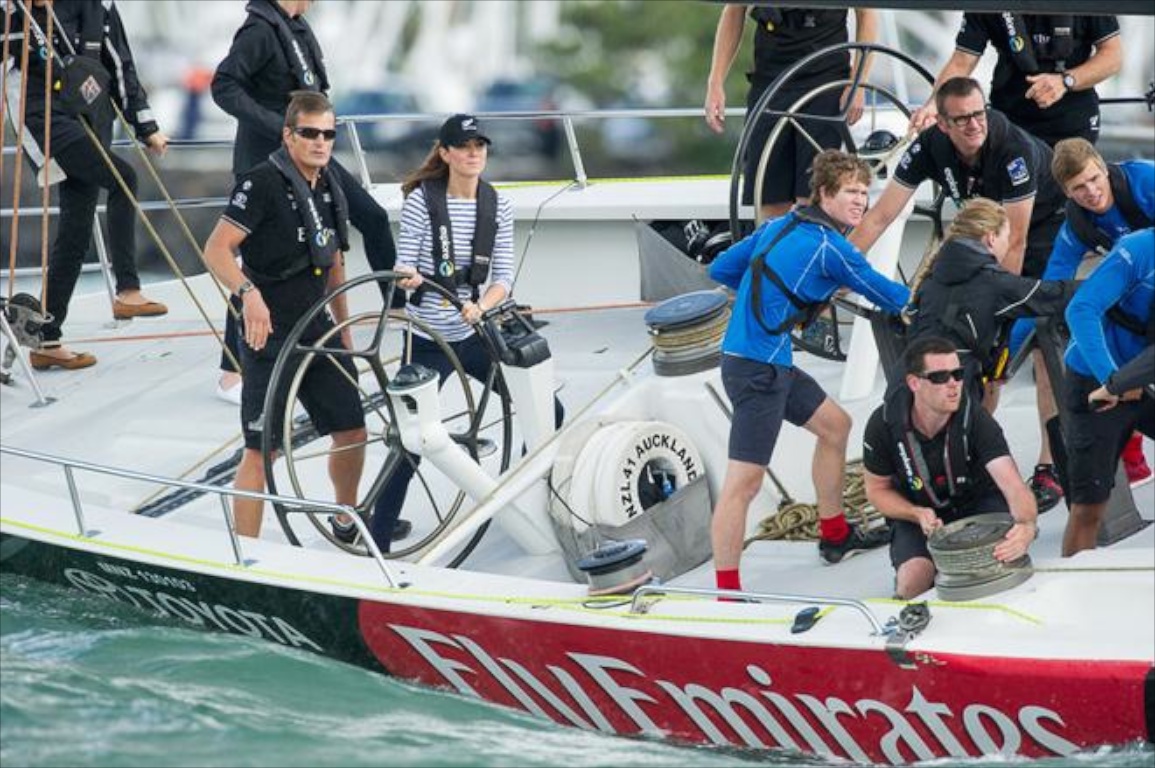 Emirates Team New Zealand has already issued a press release about their challenge and will hold a briefing at the Royal New Zealand Yacht Squadron on 13 August. Funding for the teams comes from private backers, the New Zealand government and sponsors. “Emirates” is still in the team name, so apparently the airline continues as title sponsor. Team boss Grant Dalton (NZL) has said they have never been in such good shape with sponsors and that their design team is developing plans for their AC62. 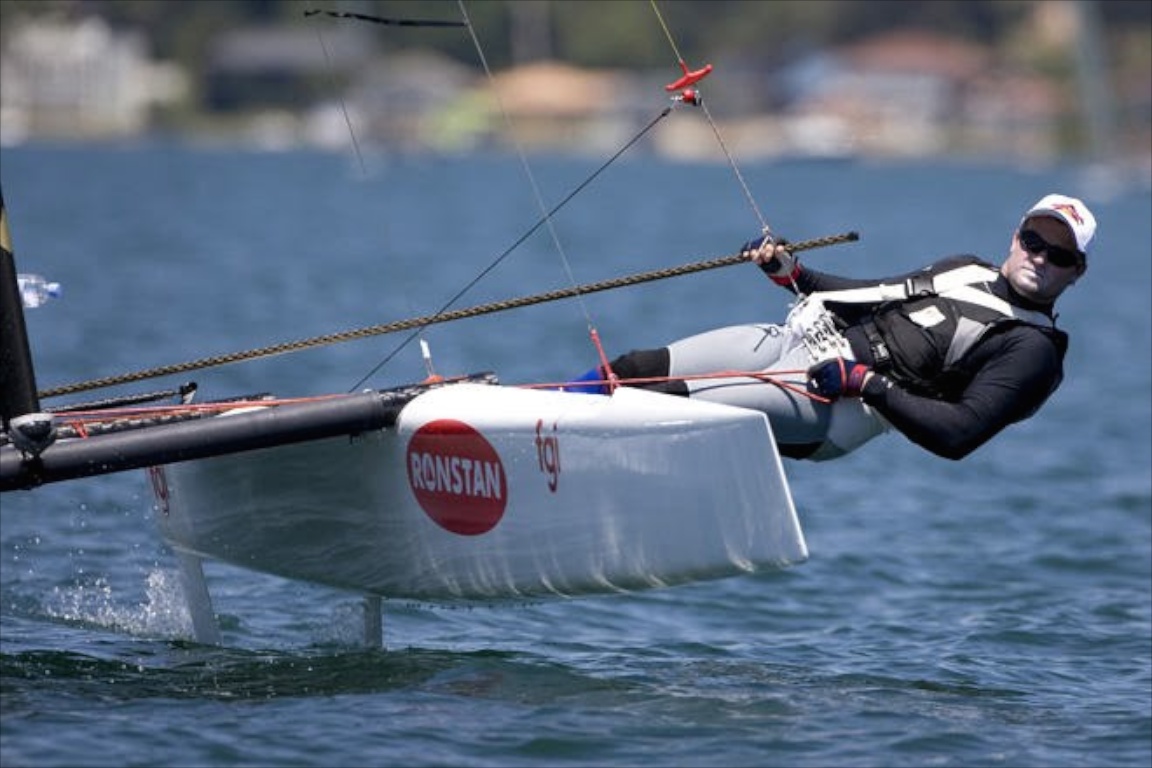 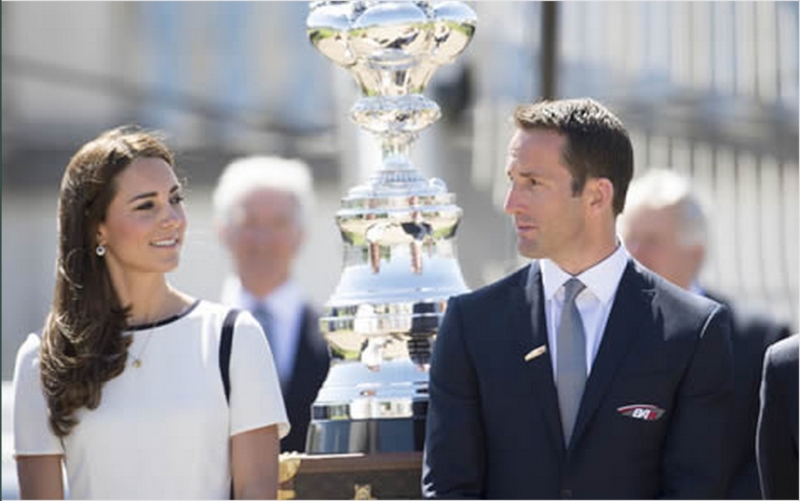 The Duchess of Cambridge showed her support for Sir Ben Ainslie’s British challenge, attending their launch event at the Royal Museums at Greenwich.

Ben Ainslie Racing began with strong private backing and is looking for commercial sponsors. They’ve begun construction of a striking team headquarters in Portsmouth with £7.5 in UK government funding. They have recruited talented team of designers and sailors with deep America’s Cup experience. 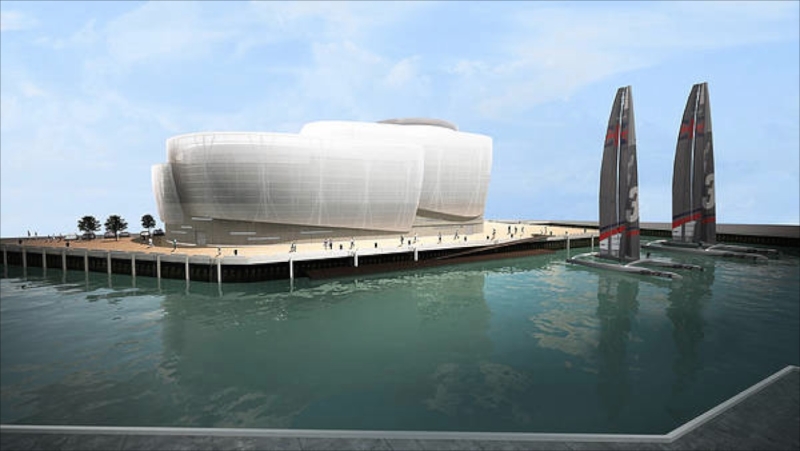 Potential sponsors are likely to be attracted by the team’s high public profile: Sir Ben Ainslie (GBR) announced the government funding for their team base in Portsmouth at a meeting with Prime Minister David Cameron at 10 Downing Street.

Artemis Racing of the Royal Swedish Yacht Club has recruited a strong team of designers, builders and top sailors. Skipper and team manager Iain Percy (GBR) has said several times that he and team founder Torbjörn Törnqvist (SWE) “are very serious about dominating” the America’s Cup for the next 10 years. Their ambition and confidence are supported by their recruiting: Adam May (GBR) leads the design team. Loïck Peyron (FRA) plays multiple roles with both the sailing and design team. 49er gold medalists Nathan Outteridge (AUS) and Iain “Goobs” Jensen (AUS) also return to the team as helmsman and wing trimmer respectively. Christian Kamp (SWE) joiined the team in  Spring and 2012 Star boat gold medalist Freddie Loof (SWE) has trained with the team. 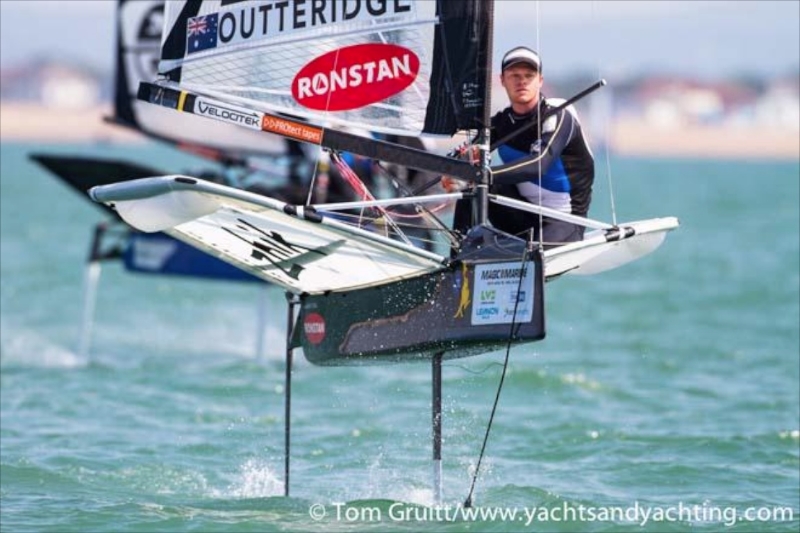 Team France announced their challenge in December 2013. Team leader Franck Cammas has won the Volvo Ocean Race and Jules Verne Trophy for the fastest circumnavigation. In 2013 he won C-Class catamaran world championship with a fully foiling boat. The team has not announced any recruits other than a marketing agency. They will depend on commercial sponsorship. 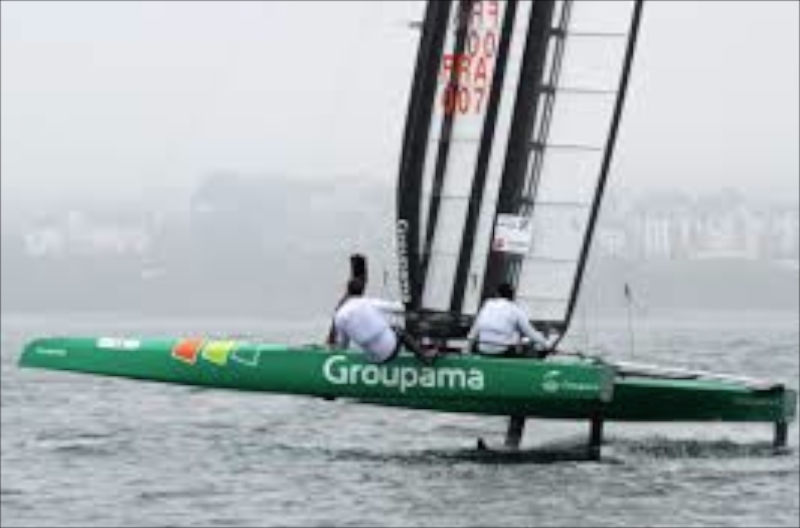 Franck Cammas won the 2014 C Class catamaran world championship in a fully foiling design. He is also preparing for the 2016 Olympics, in the Nacra catamaran, a mixed event, sailing with Sophie de Turckheim

Oracle Team USA has been training in their AC45s and also in Moths, to build foiling skills. Their “Foiling Camp” in Moths put smiles on many faces and provided some good natured banter when the intra-squad racing began. 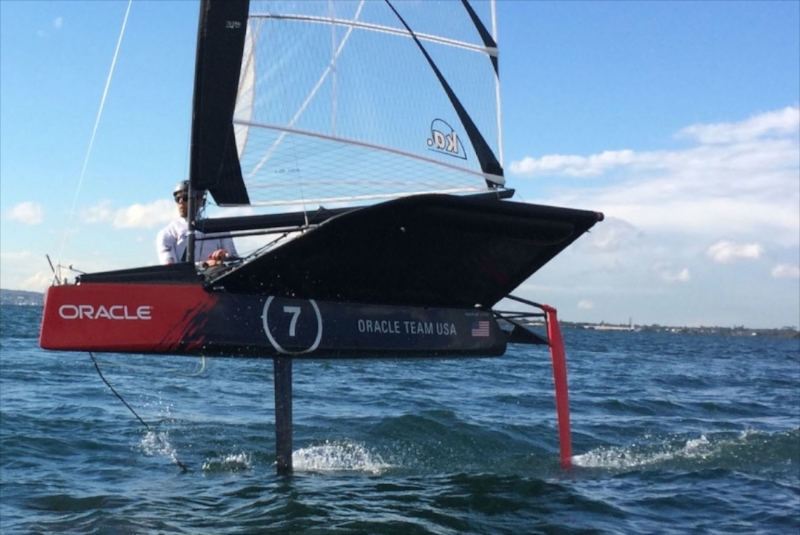