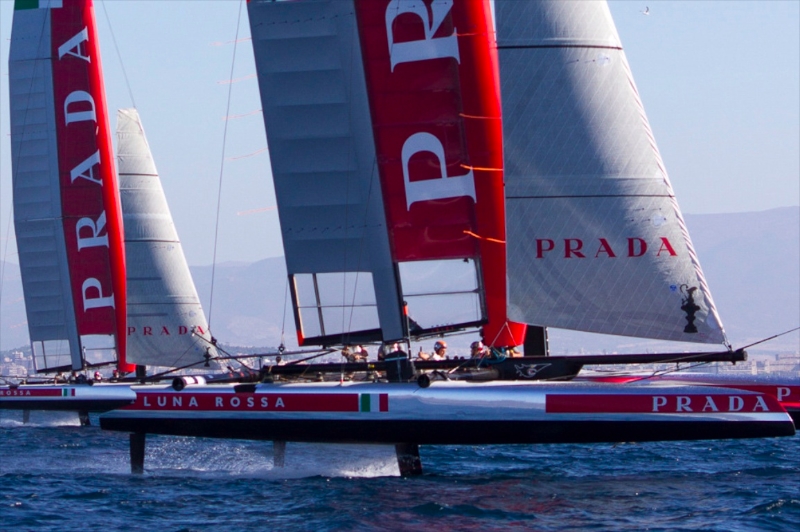 Luna Rossa has modified both of their AC45’s and is testing them at their base in Cagliari, Sardinia. But these boats will not race in the America’s Cup World Series. Read on, to learn why not.

Three teams, Luna Rossa, Artemis Racing and Oracle Team USA have already modified AC45’s for foiling. Ben Ainslie Racing will launch their modified AC45 within a few weeks. Each team has made the modifications differently. The trick for the America’s Cup World Series is to keep the AC45 a one design class and avoid an arms race in AC45 development. This means they will have the same shape daggerboards, rudder wings and rake control systems. The AC 45 Class Rule needs to be changed and the boats used for racing must all be modified by the builder, Core Composites. At least six AC45’s – one for each competitor – will need to be modified for racing. The question is when – before any racing begins, or part way through the series?

The Protocol strictly limits the number of daggerboards and wings a team can build for their AC62, but allows an unlimited number of daggerboards and wings on their development AC45’s. In fact, as long as the lower part of the hulls is the same shape as an AC45, they can build anything they want to test – a boat with wider beam, aerodynamic crossbeams, hydraulics, electronics, cockpits and grinding stations, daggerboard and rudder rake controls, you name it. Click any of the photos for more info some close-ups of AC45 daggerboard cages. 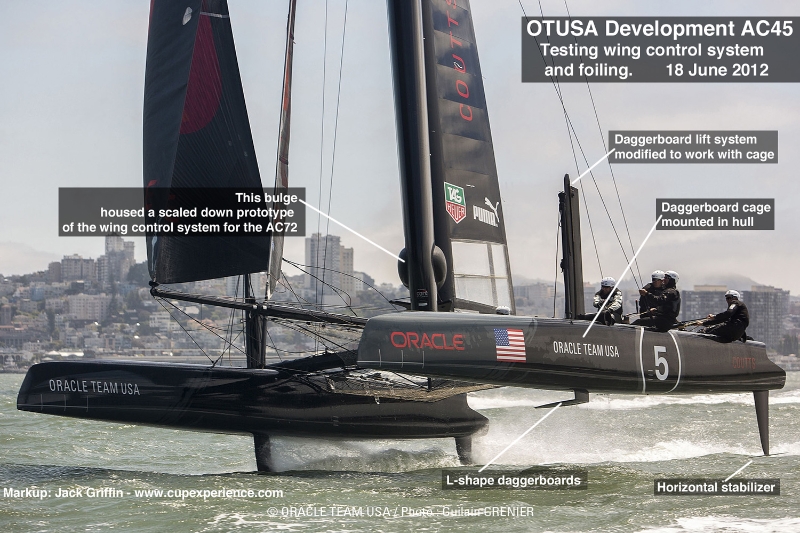 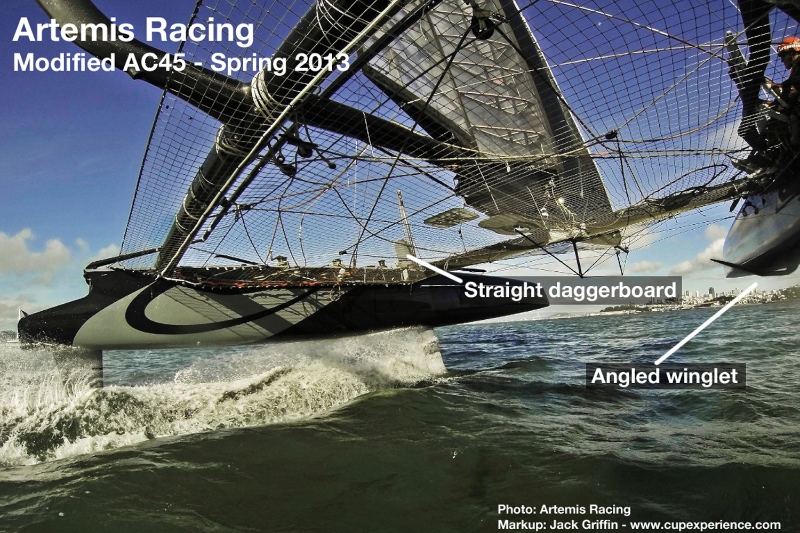 Artemis Racing modified an AC45 for foiling in Spring 2013. Notice the straight daggerboards with angled winglets. 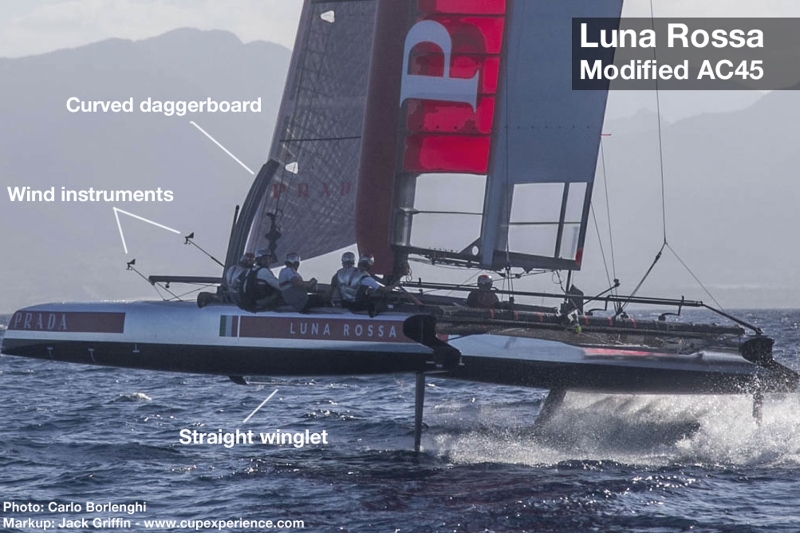 Luna Rossa has been testing curved daggerboards with straight winglets. For America’s Cup World Series racing, wind instruments would not be permitted under the current AC45 Class Rule.