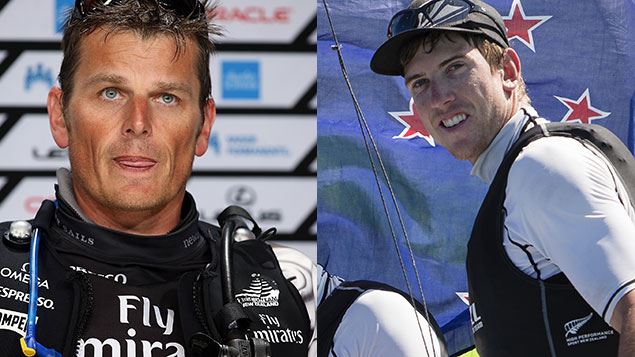 Ten days after the initial reports, ETNZ confirmed Burling as helmsman and Australian Glen Ashby as Sailing Director. Barker was offered the position of Performance Coach but turned it down. He has since left the team.

At the beginning of March, 50 staff began work at ETNZ. One of their first tasks is to modify their AC45 to the one design foiling version that they will race in the AC World Series, beginning in June. The team will then convert a second AC45 into a development boat for testing AC62 design ideas.

The ETNZ design team has likely been working during the past few months, but the team is clearly in catch up mode, given that OTUSA, Artemis Racing, Luna Rossa and Ben Ainslie Racing have all been sailing in their AC45 development boats. Read more.