Six foiling AC45F catamarans were on the course together for racing on Saturday. Ben Ainslie’s Land Rover BAR team won the shortened Louis Vuitton America’s Cup World Series Portsmouth event with a first and a second in Saturday’s racing. Winds over 30 knots and rough conditions caused Sunday’s racing to be abandoned. 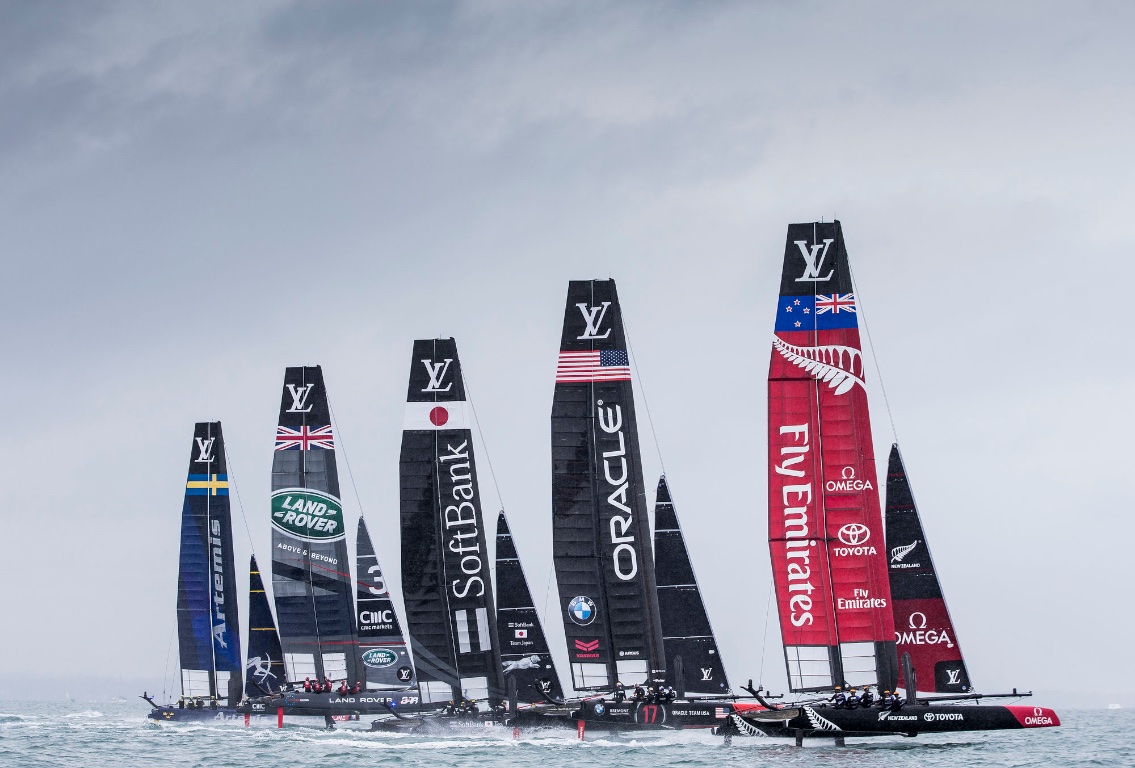