The Bermuda AC World Series got off to a great start on land but with less excitement on the water. Friday’s practice races were held in light air, and Saturday’s official racing was abandoned, with almost calm conditions at race time. Late in the day four teams put on a demonstration race in Hamilton Harbor, with Groupama Team France taking the win ahead of Softbank Team Japan and Land Rover BAR, with Oracle bringing up the rear. Team New Zealand and Artemis did not race.

On shore things have been much more lively as the photos below show. Tomorrow’s forecast calls for 10-12 knots of wind, ideal conditions. Let’s hope the forecast is right! 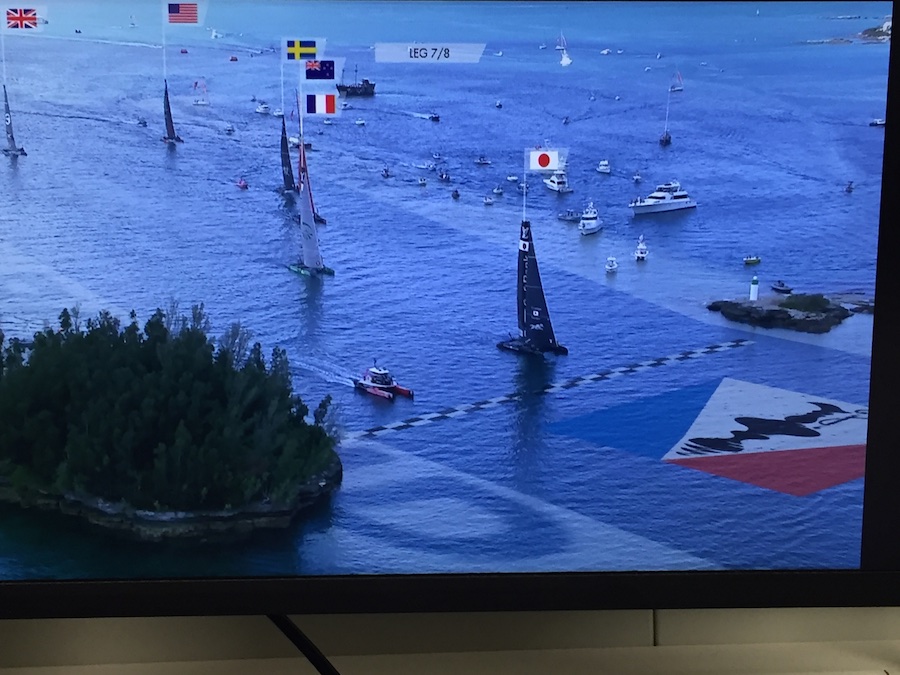 Friday’s second practice race finished at Two Rock Passage. SoftBank Team Japan took the win. Land Rover BAR and Oracle Team USA fought for last place. The narrow course made for a confusing rules situation with Oracle and BAR both protesting each other. BAR picked got the penalty.  Image: ACTV 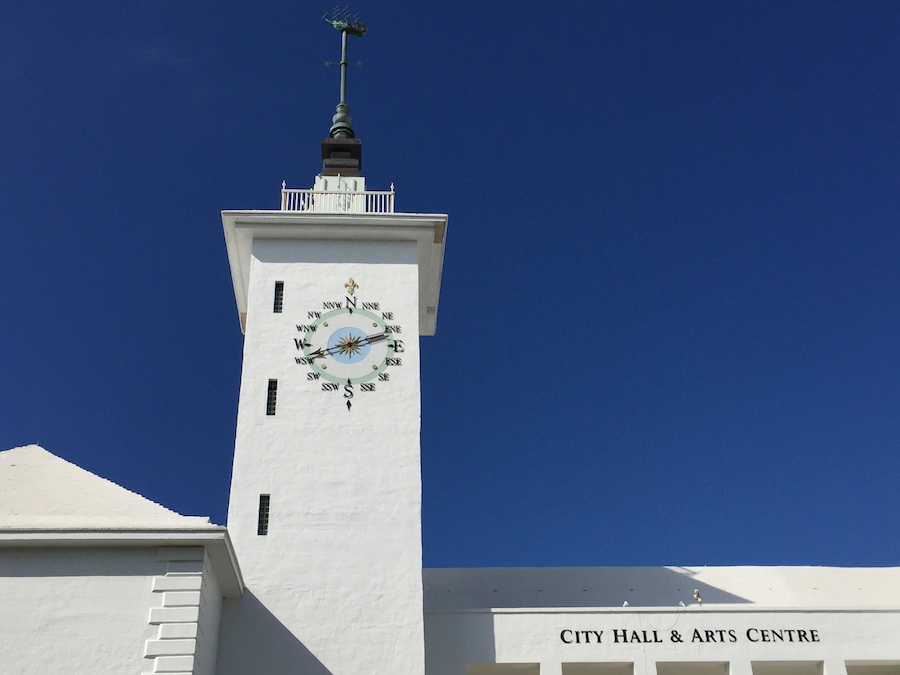 As a sailor, you know you’re in the right place when the “clock tower” on the town hall shows wind direction instead of time!

Bermuda is serious about fun and about welcoming the America’s Cup teams and fans. The event kicked off with a pep rally in front of City Hall, with all the local sponsors’ employees in bright T-shirts. 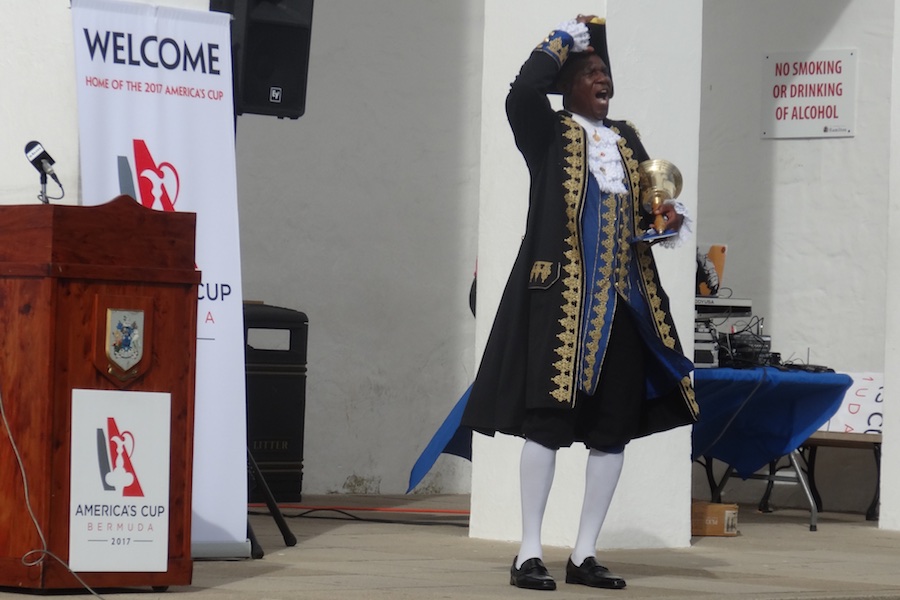 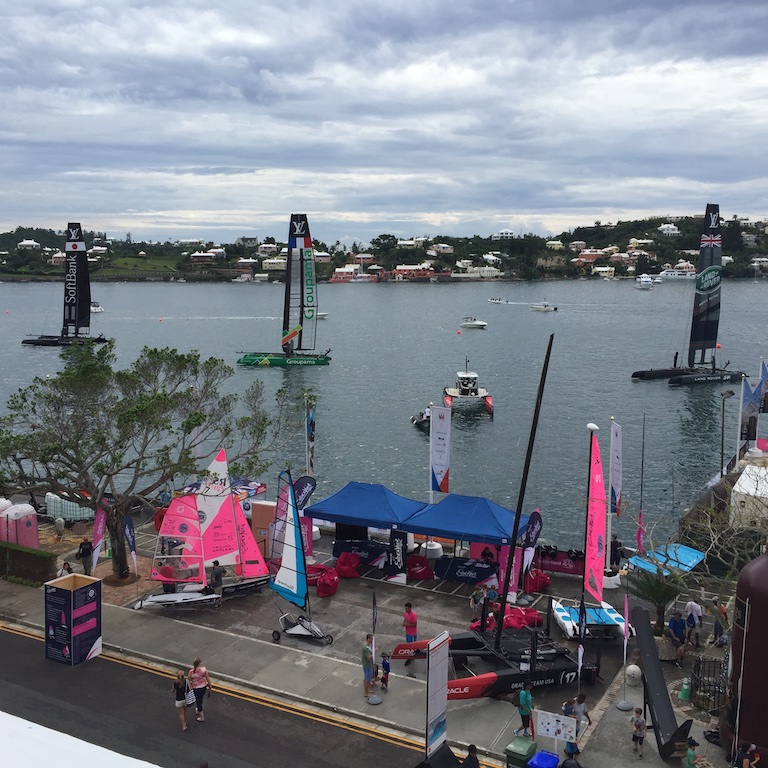 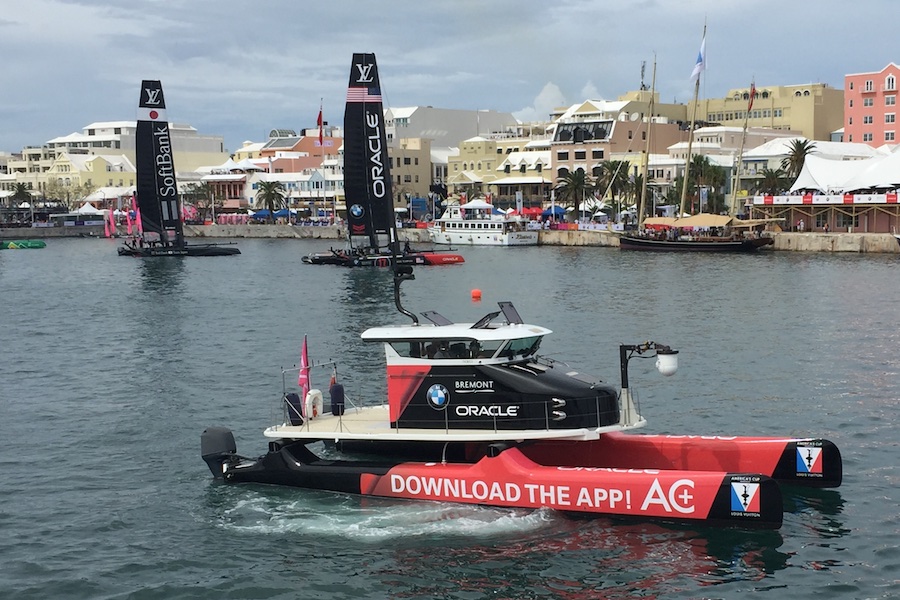 The Spirit of Bermuda, a three-masted Bermuda sloop, moored in front of the VIP Lounge and just to the right of Oracle. Front Street and the Fan Zone in the background. 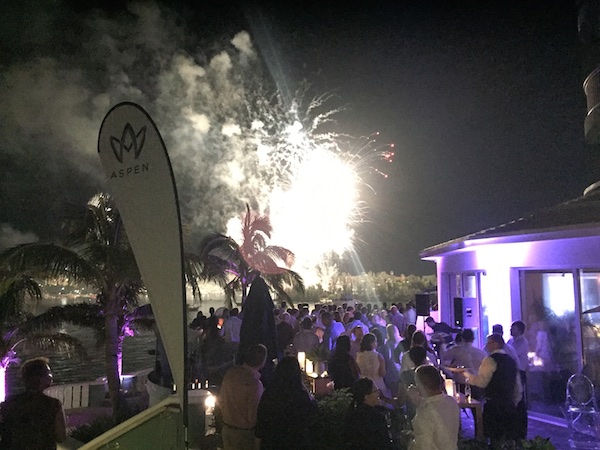 Corporate hospitality overlooking the harbor and the fireworks for the opening ceremonies on Friday night. 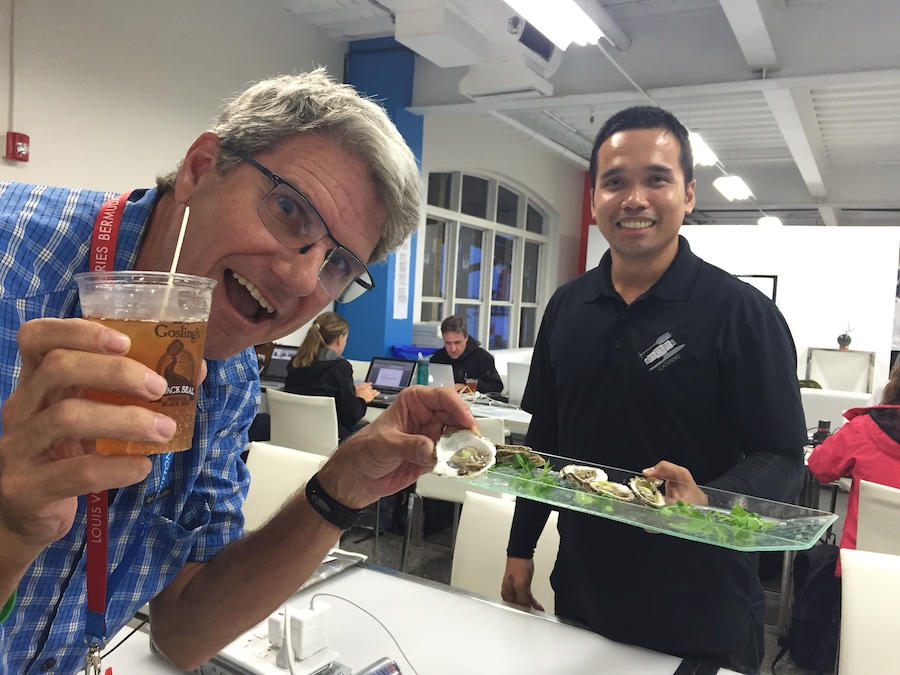 Is this the best hospitality in an America’s Cup Media Center? Oysters and Dark’n’Stormy’s served at our desks by the Media Center catering team. Reuters photographer Mike Segar enjoying the Bermudian hospitality.