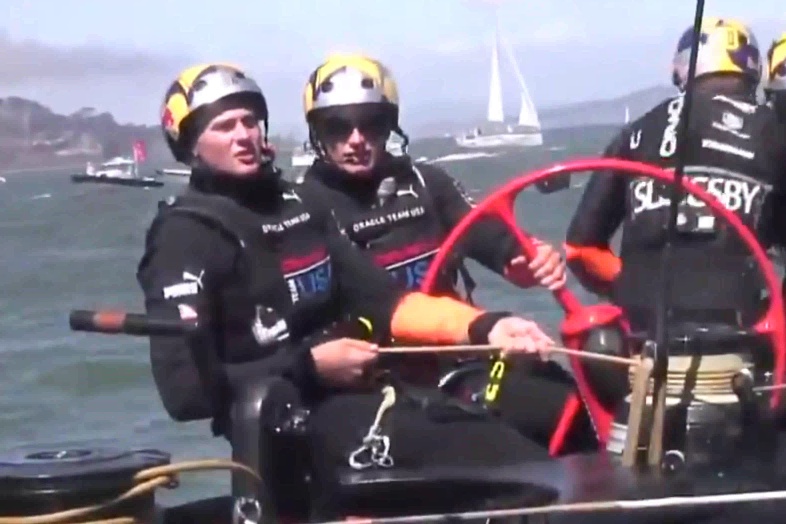 All four AC72’s that raced in San Francisco in 2013 used a mechanical linkage from the grinding pedestals to the wing winch. The grinding pedestals can be switched between pumping hydraulic oil and mechanically driving a winch. The mechanical linkage is more efficient than hydraulics for driving a winch. On upwind legs, three of the four pedestals on Oracle’s boat were dedicated to powering the wing winch, allowing trimmer Kyle Langford to trim the wing constantly, enabling stable upwind foiling. But this was a lot of work for the grinders, who called it “Beast Mode.” Here’s a video that shows how it was done.

Recently, a poorly informed journalist wondered in print if this constant trimming was legal. It was. The umpires in San Francisco were well aware of it. Oracle’s opponent, Emirates Team New Zealand did not protest. And, the umpires for the 2017 America’s Cup have issued a ruling to clarify that Beast Mode is legal. You can download that ruling here. Did you watch SoftBank Team Japan’s video in last week’s Cup Experience Monday News? You could see them training in Beast Mode on their experimental boat in Bermuda. As I mentioned in my article, you could see all four grinders turning the handles while wing trimmer Chris Draper constantly trimmed the wing.