Oracle Team USA has been testing a wing built to the America’s Cup Class Rule. Remember that this rule defines the boats that will race in Bermuda in 2017. Up to now, Oracle had been sailing with wings that appeared to be modified AC45 wings. 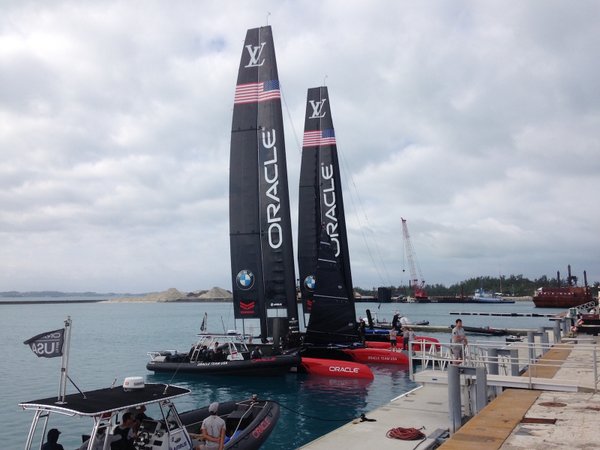 Below is Oracle’s AC45x wing before they added the panel of readouts below the wing. 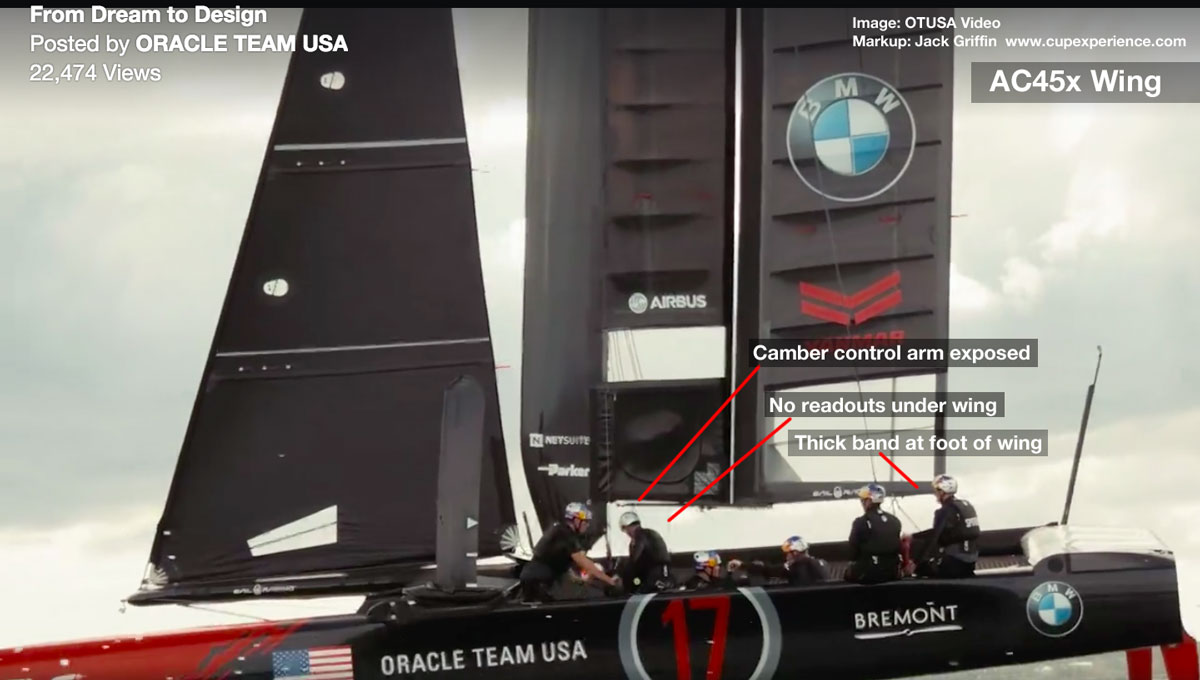 And below is the same wing with the readouts added. Notice the gap between the wing and the readouts, where the camber control arm can be seen. 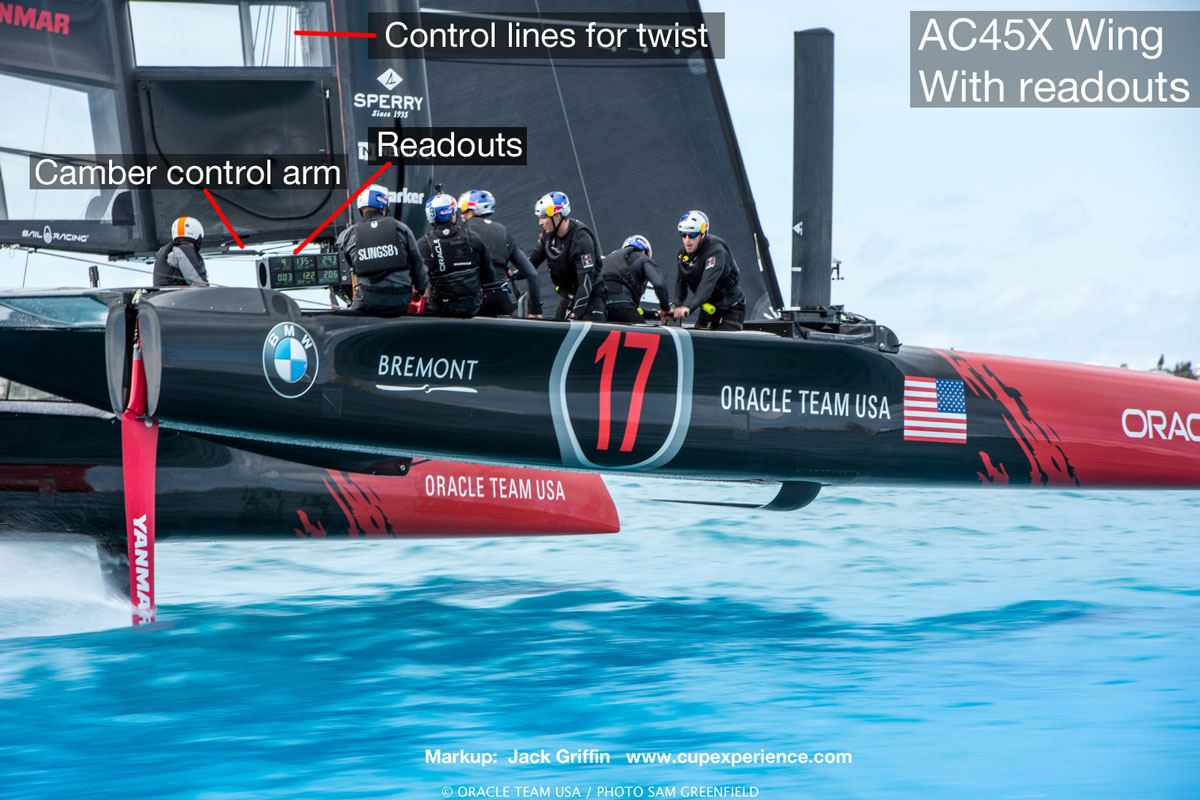 The next photo shows the new “AC Class” wing. Notice that the camber control arm setup is different, and there is no gap between the bottom of the wing and the readouts. 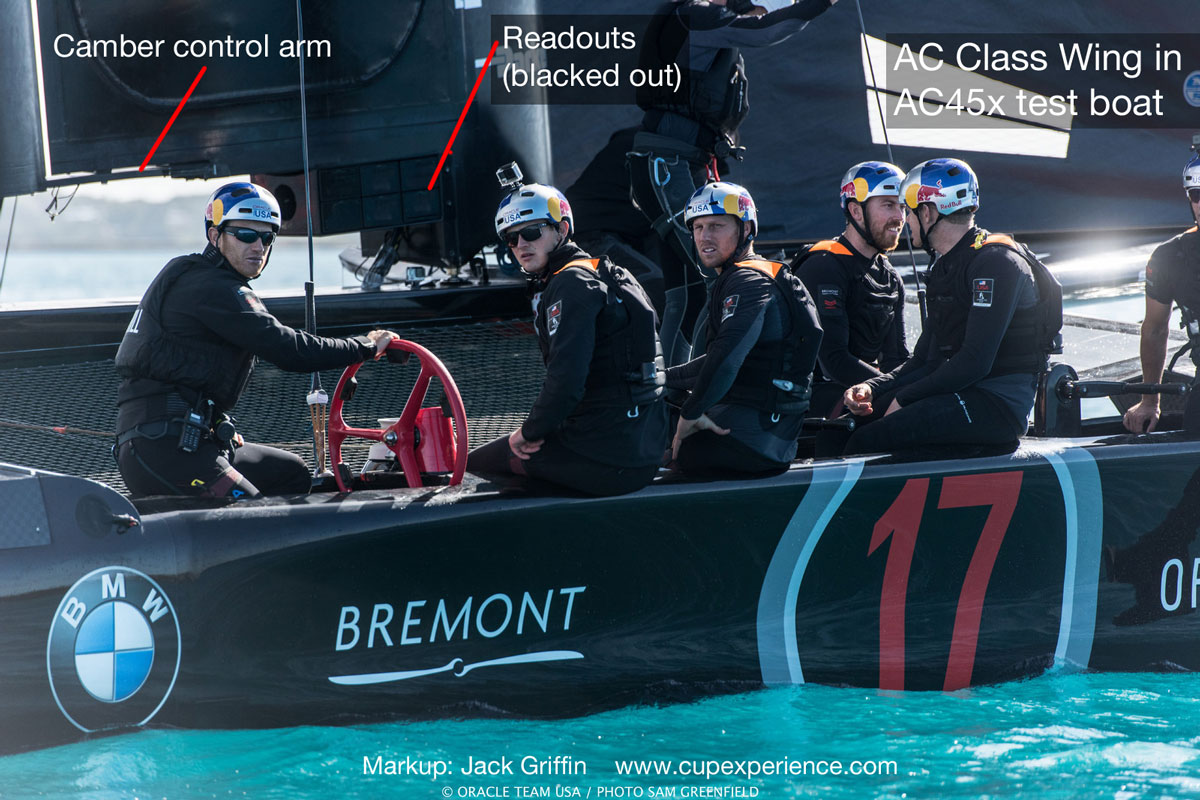 When I call this an “AC Class” wing, I mean its shape appears to comply with the AC Class Rule. Once the AC Class boats are launched, beginning 27 December 2016, the teams can only use two wings in them. Although there is this two-wing-limit for the race boats, the richer teams can build as many wings as they want for their test boats. Realistically, they will probably only build two.