Emirates Team New Zealand has a new web page showing the 79 members of their team, including their team principal, Swiss billionaire Matteo de Nora, who has backed the team for years while staying out of the limelight. The team counts 11 nationalities. Ten sailors are listed; half of them are grinders. One of those grinders is Gilberto Nobili who sailed with Oracle in the 2013 America’s Cup in San Francisco. Three of the sailors were on the winning New Zealand Youth AC team in San Francisco – helmsman Peter Burling, trimmer Blair Tuke and grinder Guy Endean. Those three, together with tactician Ray Davies and team skipper Glenn Ashby have been the crew on the AC45F in the America’s Cup World Series, which they currently lead. 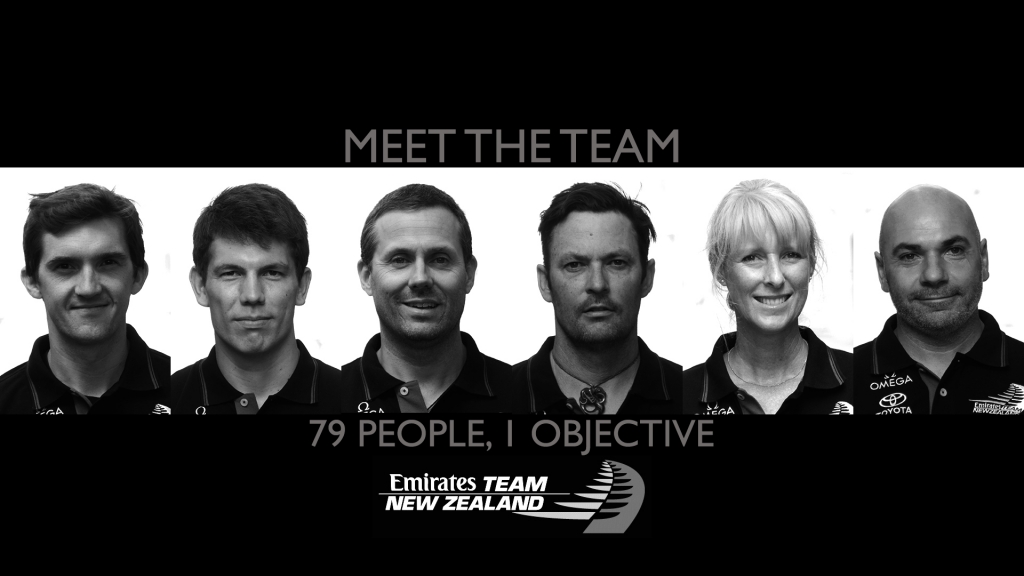 We hope to have news soon about when the Kiwis will launch their AC45X experimental boat. They and the French are the only teams not to have an experimental boat with grinding pedestals and dimensions close to the AC Class yachts that will race in 2017. For testing, the team has been using a modified AC45 on loan from Luna Rossa.