A close look at the three experimental boats launched by Land Rover BAR lets us see how the evolution in their test program. 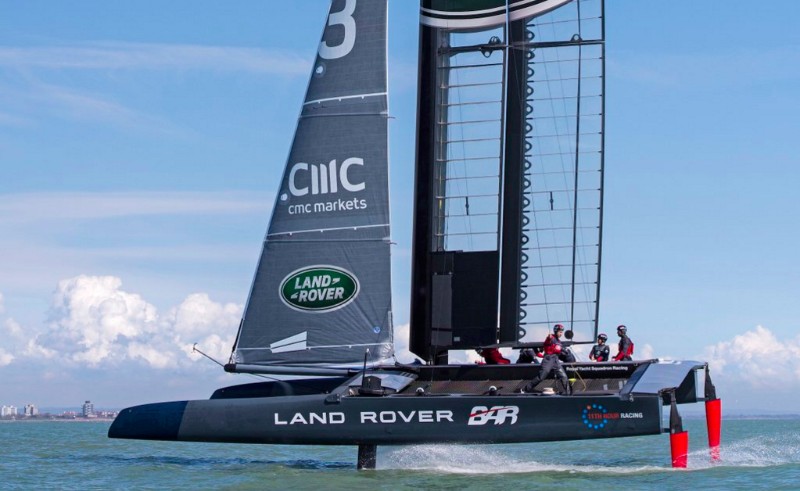 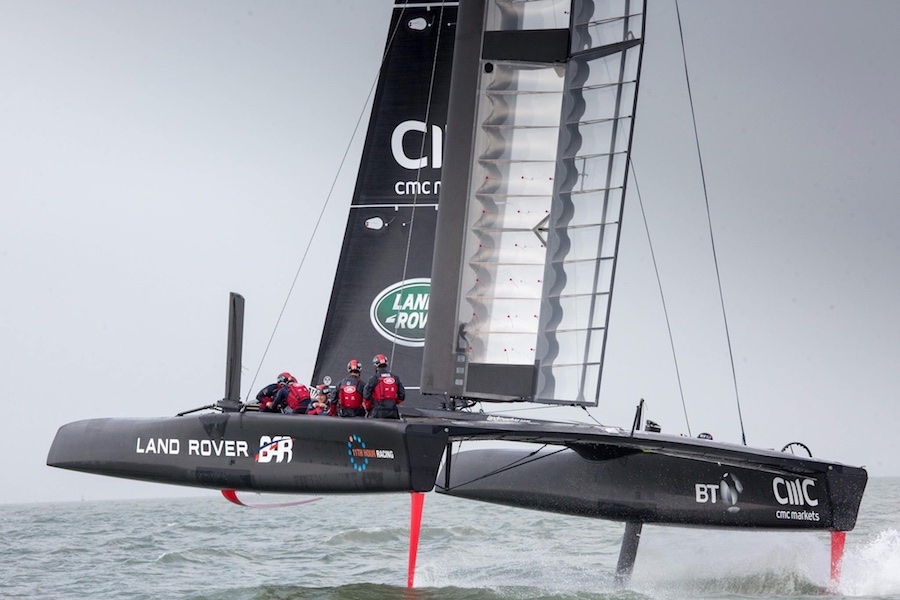 Land Rover BAR’s “T2” – notice how the rudders are mounted. You can see the cable and kingpost understructure. The crew are in cockpits with grinding pedestals and the boat has wheel steering. The crossbeams were wider, approximating the dimensions of the AC Class yachts that will race in 2017. Image: Land Rover BAR. 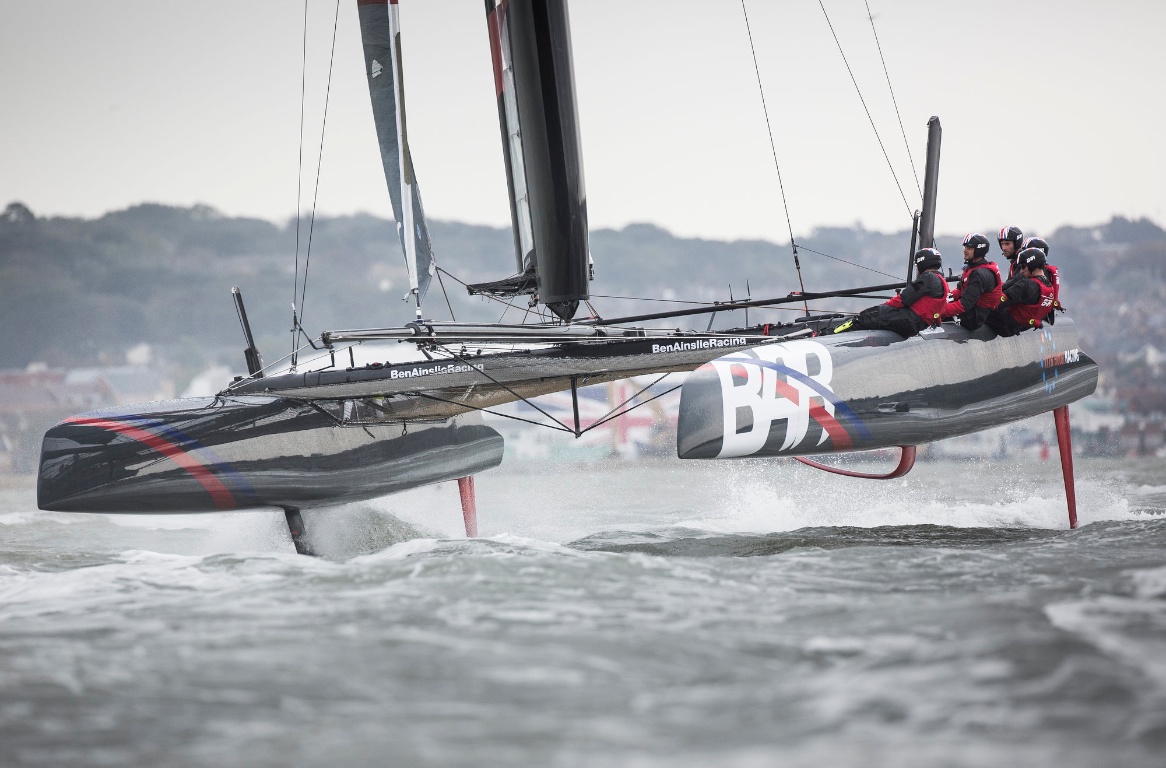 “T1” had no cockpits, no grinding pedestals and tiller steering. The understructure was cables, like on a standard AC45, but had no forward kingpost, since the boat was not intended to sail with a gennaker. The crossbeams were the standard AC45 beams, so the boat had the same dimensions as an AC45 rather than the wider AC Class that will be raced in 2017

Ben Ainslie’s first test boat was a slightly modified AC45: tiller steering, no grinding pedestals, no cockpits and the original crossbeams and understructure. T2 had wheel steering, cockpits and pedestals but surprisingly stayed with cables for the understructure and did not have a pod under the wing. Now they have launched their third experimental boat. The new “T3” AC45X boat has a pod under the wing. The clearly visible differences are the pod and the rudders hung well off the stern of the boat. Hanging the rudders off the stern allows the designers to get closer to the dimensions between the rudders and the foils that the 50 foot long AC Class race yacht will have. The test boat must respect the rule that the its hulls must have the same lower shape as an AC45, but the new rudder mounts give the effect of a longer hull.

T3’s wing appears to have a shape similar to Oracle’s latest wing. Both of them are probably the dimensions of an AC Class wing, but they will certainly have very different control systems. Image: Land Rover BAR