The debate about nationality rules always stirs passions. Having a strict nationality requirement for the crew would probably boost audience interest, like for the Olympics and the football (soccer) World Cup. But it would also reduce participation and make it hard or impossible for new countries to compete. 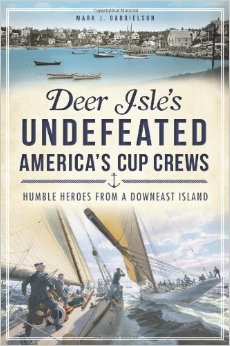 What few people realize is that crew nationality rules were introduced only in 1980 and were dropped 10 years ago. In 1895 and 1899 when American fishermen from Deer Isle, Maine were the crews on “Defender” and “Columbia,” they made news, since crews on US defenders before and after were often Scandinavians.

Charlie Barr, skipper of “Columbia” and later of “Reliance,” was Scottish born. Even “America” had a British pilot on board to navigate around the Isle of Wight in 1851. Barr was a pure professional. He didn’t hesitate to go back to Scandinavian crews for the 1901 and 1903 defenses. Barr would certainly agree with the current philosophy of hiring the best sailors, regardless of nationality.

What do you think about nationality requirements? Send me your comments and in a few weeks I’ll report back on what I hear from you.