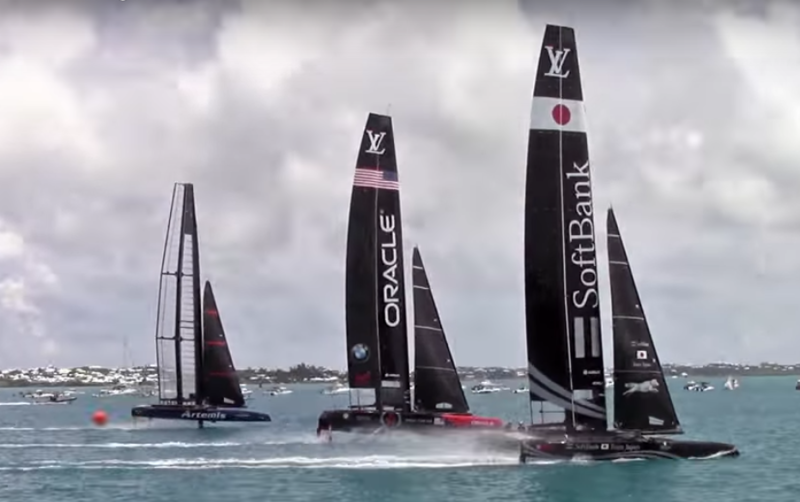 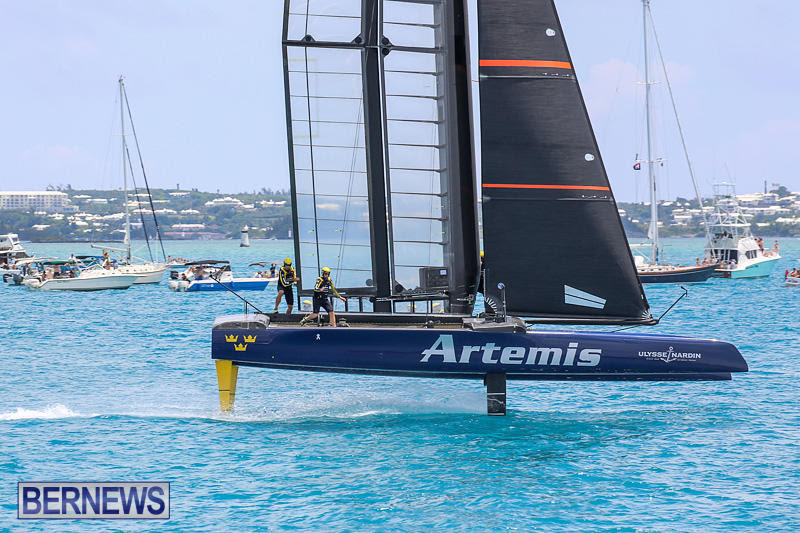 Look closer and you can see the angle in the trailing edge where the lowest segment of the flap meets the middle segment. Look closely at the hull and you see only one grinding pedestal. This is Artemis’s “Turbo 1” boat. A little bit of cat and mouse? Or maybe boat 2 is undergoing modifications? 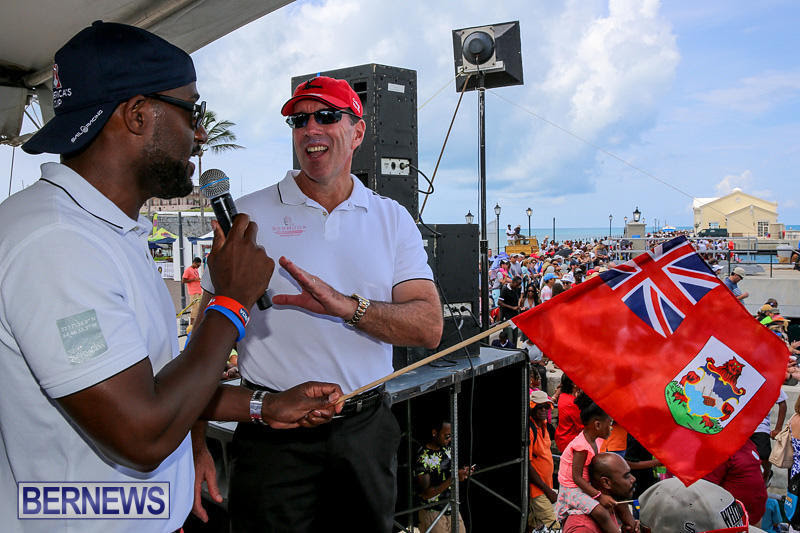 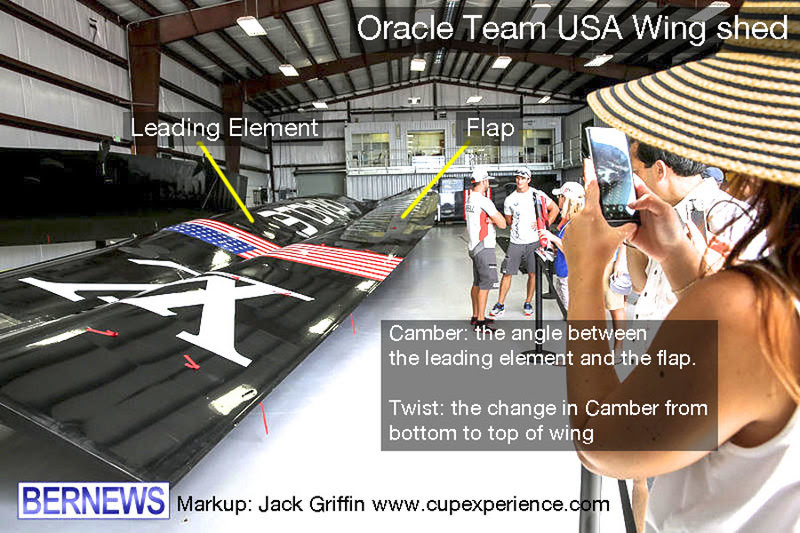 Visitors got a look inside the team bases. Oracle has test systems in their wing shed so they can test and calibrate the wing controls for camber and twist. Look closely at the wing – you can see more camber between the leading element and the flap at the far end of the shed, and almost no camber at the top of the wing, letting us see the twist.Thanks to BERNEWS for the video and photos. Many more photos here.