Thanks to Pamela for sharing in the Cup Experience Facebook Group the news about Oracle Team USA, Artemis Racing and SoftBank Team Japan racing their experimental boats in Bermuda. She reports that Oracle won six of seven races over two days. A Bermudian sailor I know was on the water watching on Friday. His comments: The race area looks SMALL! Artemis raced both their boats; Boat 1 had the old modified AC45 wing. Artemis’s Boat 2, Oracle and Team Japan all had AC Class wings. The boats with newer wings were noticeably faster.

Oracle pulled off a foiling tack in about 9-12 knots of breeze. In about 9 knots in the first race Oracle and Team Japan were both foiling upwind; neither Artemis boat was. When the breeze was up all four boats were foiling upwind. 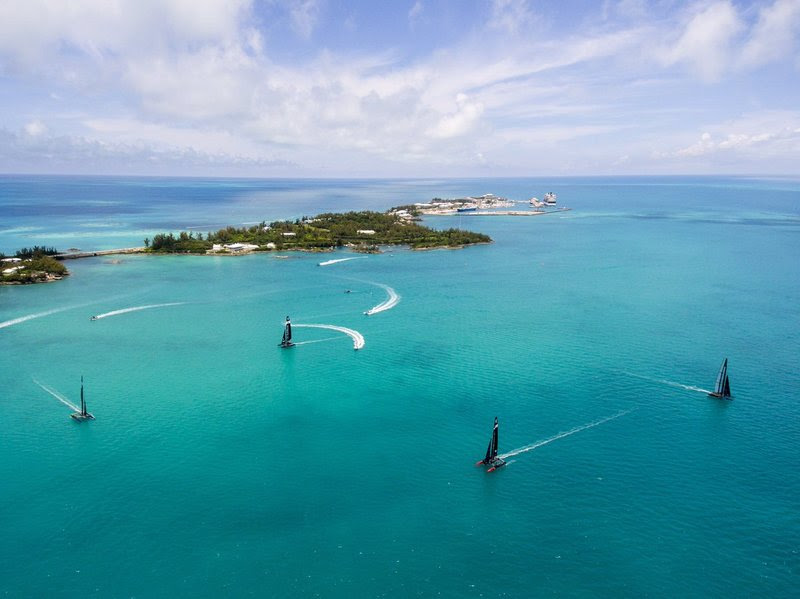 Four AC45x experimental boats raced on the Great Sound last week – two Artemis boats and one each from Oracle and Team Japan. Dockyard, home of the 2017 America’s Cup Village, is in the distance.