I was among the large and enthusiastic crowd on hand when Groupama Team France christened their experimental AC45X at their base in Lorient on Monday. That explains why this edition of the Monday New is appearing on Tuesday! 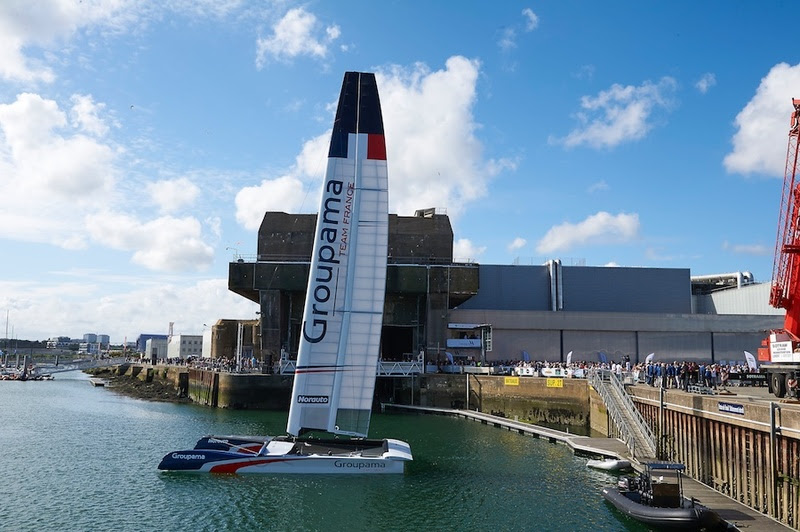 The Groupama Team France base is nestled between the WWII U-boat bunkers in Lorient – an incredible sight, and well worth a visit. 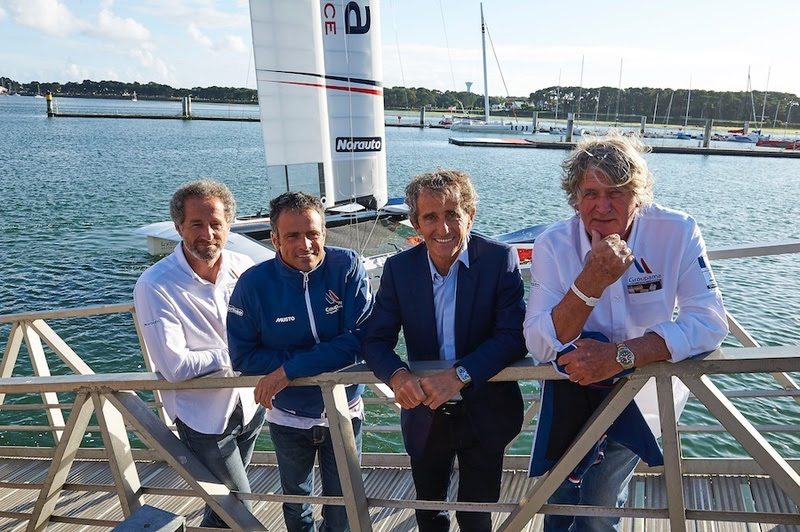 L-R, Michel Desjoyeaux, Franck Cammas, four time F1 world champion Alain Prost and former Jules Verne Trophy record holder Olivier de Kersauson were on hand for the christening. Prost spoke about how the French often underestimate themselves but are capable of big achievements when they dare. UK Bookmaker Ladbroke’s currently sets the odds of Team France winning the America’s Cup at 100:1 (Being British, they give Ben Ainslie 4:1 odds.) I think the French are a long shot, but not that long! 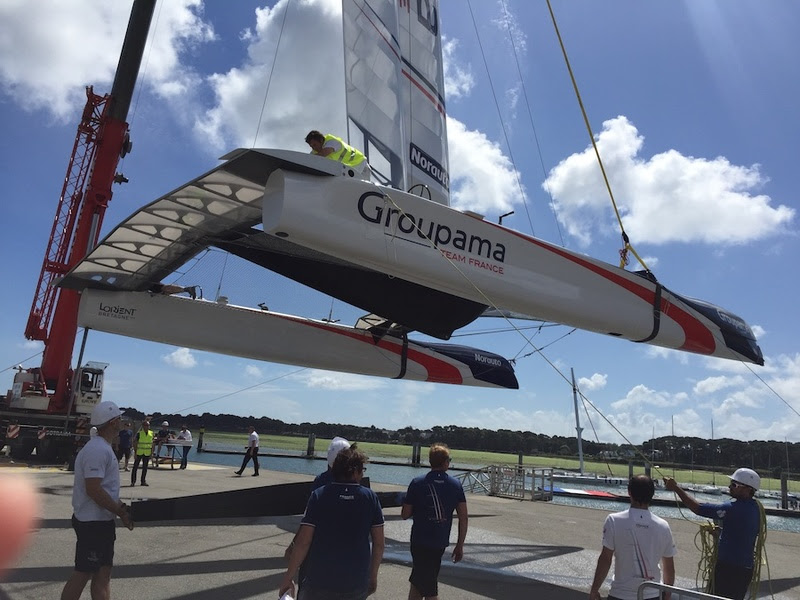 The aft fairing is a bit long for the test boat but will fit just fine when the hulls are replaced with AC Class compliant hulls in December. Except for the hulls, this IS the Team France race boat for 2017. The wing, crossbeams, pod, fairings, rudders, daggerboards and control systems will all be fitted to class compliant hulls later this year. With the smallest budget of six teams, Team France depends on outside-the-box thinking to be competitive. This photo also shows one very special feature on the starboard hull – can you guess its purpose? 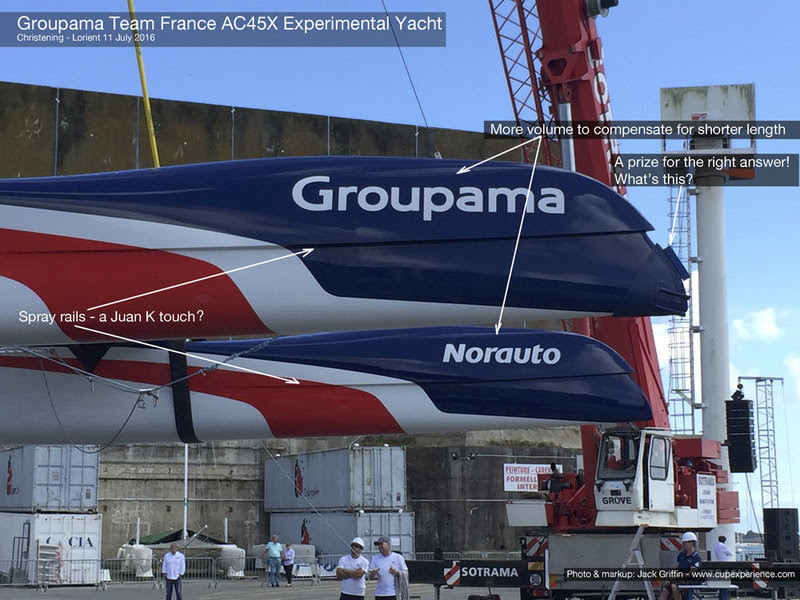 In order to maximize sailing days and allow sailing in rough conditions, Team France design chief Martin Fisher reduced the risk of pitchpoling by adding volume to the bows of the test boat. Design team consultant Juan Kouyoumdjian added one of his signature features – the spray rails. Neither complies with the AC Class rule but both are perfectly legal on the experimental boat.