There’s no question that the AC Class foiling catamarans are among the fastest boats in the world. And multiple Olympic medals, world championships and America’s Cup wins attest to the skills of the sailors. But are the 49 foot long boats that will dispute the 2017 and 2019 America’s Cup really in the tradition of the event? Speed is king, so multihulls in the America’s Cup are fine, but shouldn’t the yachts be bigger?

Franck Cammas of Team France and Loïck Peyron of Artemis racing have each won races around the world and have each sailed monster multihulls to break the record for a circumnavigation. They would both be able to race the new 100 foot long “Ultime” class trimarans. About 100 meters from the christening of Team France’s AC45X test boat, Thomas Coville’s Ultime was tied up in Lorient. Four or five of these grand machines will race around the world in 2019 – a real sailing highlight! 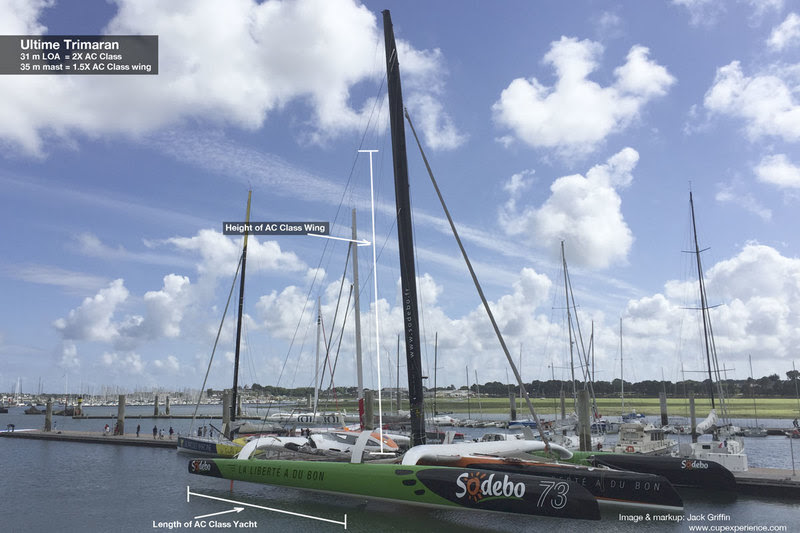