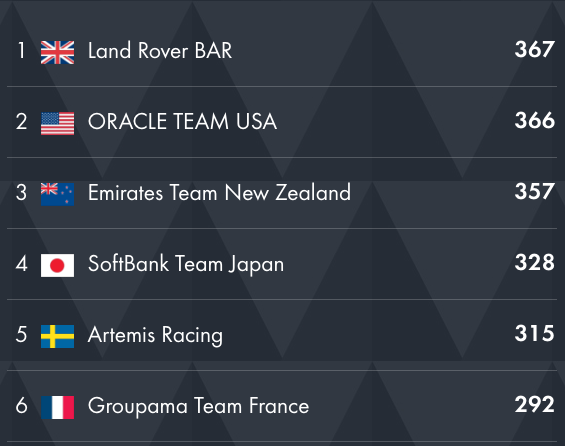 Ben Ainslie and his all British crew had three firsts, two seconds and a fifth place to win the Portsmouth America’s Cup World Series. Again. They also won the event here in 2015. The win puts them at the top of the overall series leaderboard. Oracle Team USA got back on the podium, one point behind the Brits for the Portsmouth event.

Oracle takes over second place overall, pushing the Kiwis into third. New Zealand had big gaps on board in the two most important positions: Ray Davies handled wing trim for the first time since wing trimmer Glenn Ashby was on the helm replacing Peter Burling, off in Rio to prepare for the Olympics. Like Team New Zealand, Artemis was without their regular helmsman. Nathan Outteridge is also in Rio, hoping to defend his 2012 gold medal against silver medalist Burling. Francesco Bruni stepped in as helmsman – his first time ever to sail an AC45F. The rules prevent sailing the AC45F’s between events. The conditions were different each day, so there was no chance for Bruni to learn the boat. Artemis finished last in Portsmouth – a frustrating result after their win in Chicago last month.

Dean Barker and his men on SoftBank Team Japan confirmed their performance in Chicago with their second podium finish. Groupama Team France shared the lead after the first day of racing but fared less well in the stronger conditions on Sunday. 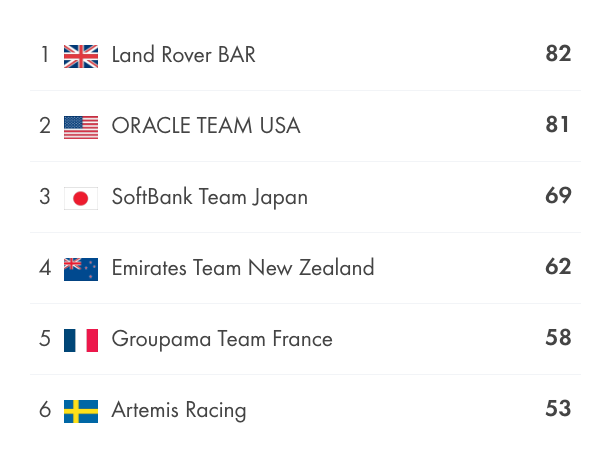 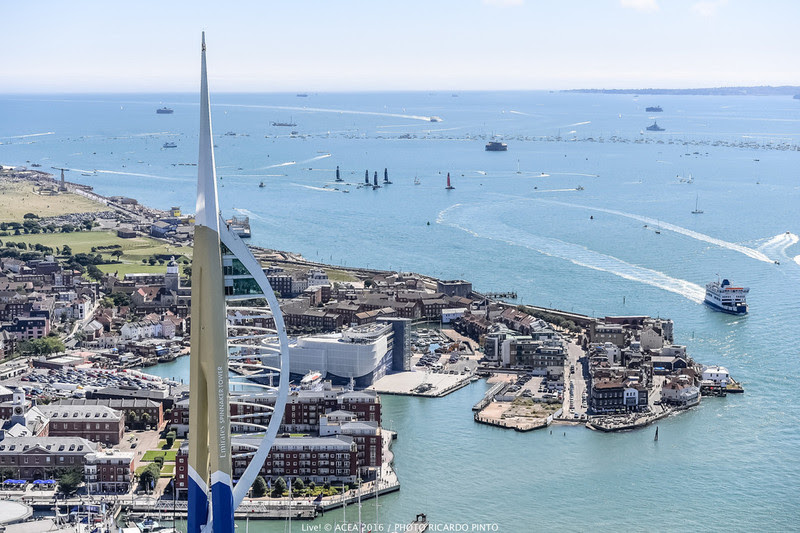