One day after Team Japan released their foiling tack video, Oracle followed suit, saying that they, too, had done a foiling tack in April, a few days after Team Japan. They claim that they have now done foiling tacks in “full manual mode” – with their electric pumps switched off. Click the image or here to watch Oracle’s video. 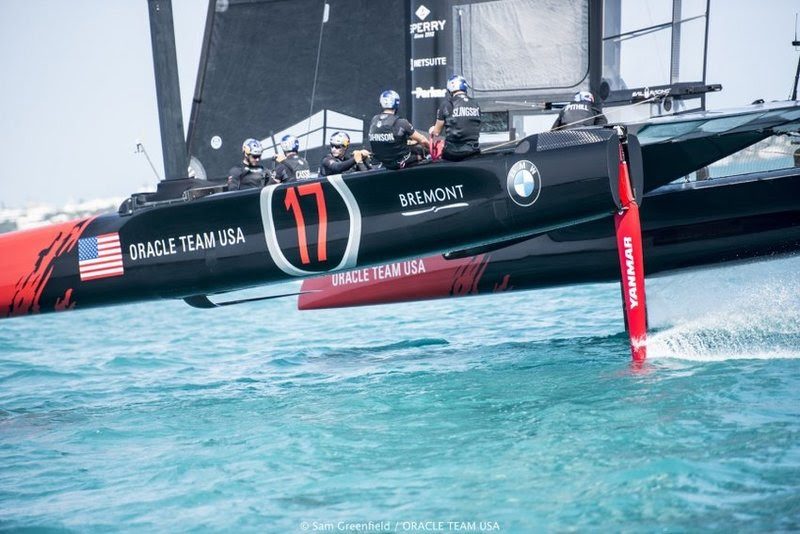