As important as daggerfoil shapes, the control systems on the AC Class race yachts will be key to winning the America’s Cup in 2017. The class rule prohibits computer controls, but there is no limit on systems to give the sailors information to help them decide what setting to use. Think of it like putting a mark on your jib sheet and a mark on the deck: trim the sheet so the two marks line up to get back to the setting that gave the best speed when you tested. Here’s a big difference: there is no limit on what the teams can do with their AC45x test boats. Remember the conspiracy theory in the Kiwi media during the 2013 Match in San Francisco? Supposedly Oracle had secretly installed a gyro controlled computerised flight control system from Boeing. While that was a crazy rumour, nothing prohibits them from installing an automatic flight control system on their AC45x test boat and recording how the system controls the boat’s flight. Then they can use that information to develop their sailing playbook and readouts for the sailors to use in fully manual mode on the race boat. 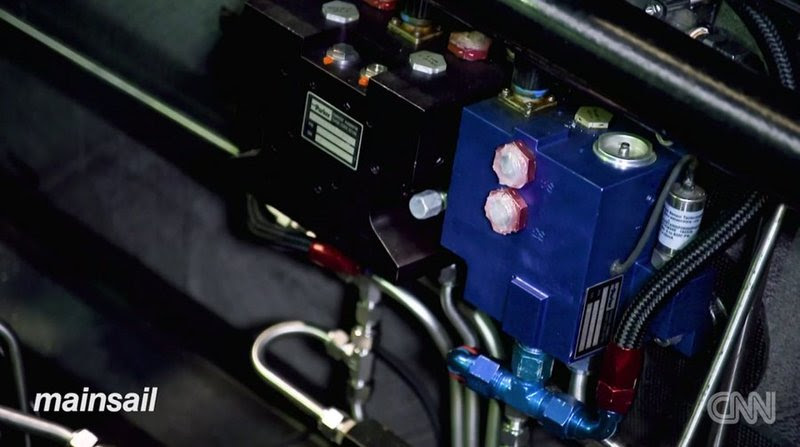 Shirley Robertson interviews designers at Artemis and Oracle, including an AirBus flight control systems specialist. Click here or on the image to go to Shirley’s interview.