The final stop for the AC World Series is Fukuoka, Japan. Fifty containers are on their way from Toulon. 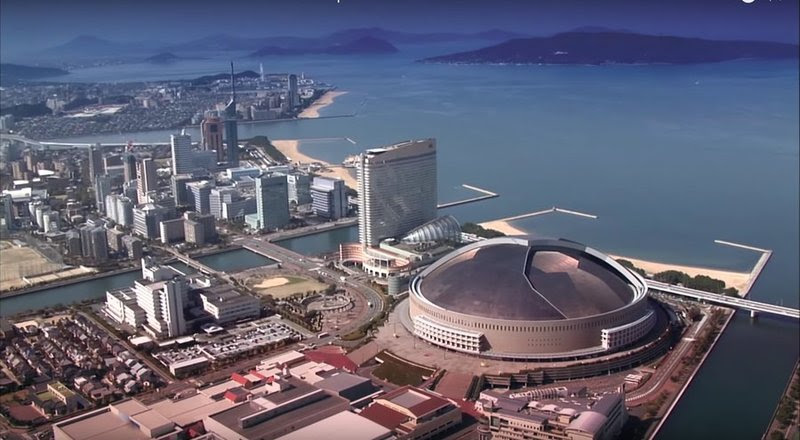 Racing is scheduled for 19-20 November. From the leaderboard below, you can see that Land Rover BAR’s 14 point lead will make them hard to catch. Winning the AC World Series would give them two bonus points in next year’s round robin America’s Cup Qualifiers. Oracle Team USA and Emirates Team New Zealand will be fighting for the bonus point that goes to the runner up. Oracle has yet to win a World Series regatta; this is their last chance. SoftBank Team Japan and Artemis Racing will be battling for fourth place. Since the AC World Series results will be used to break ties in the Qualifiers, every place counts, and these teams will be fighting hard. Groupama Team France looks unlikely to escape the cellar – they will have to count on a good performance in the Qualifiers to avoid elimination.