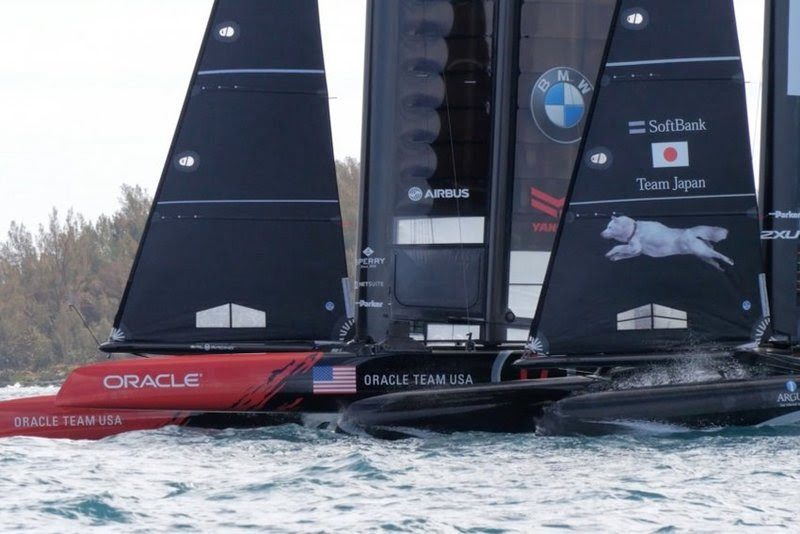 The three Bermuda-based teams, Artemis Racing, SoftBank Team Japan and Oracle Team USA held a series of practice races on the Great Sound, using their AC45X test boats. There were lots of lead changes, but these came mostly from mistakes – boats dropping off their foils when gybing or tacking. We can assume that by next May, when the round robin America’s Cup Qualifiers begin, that all the teams will be making fewer mistakes. This was match racing, and we did get to see some traditional match race tactics. In this short video during a pre-start we see Team Japan hook Oracle, luff them head to wind and win the start.