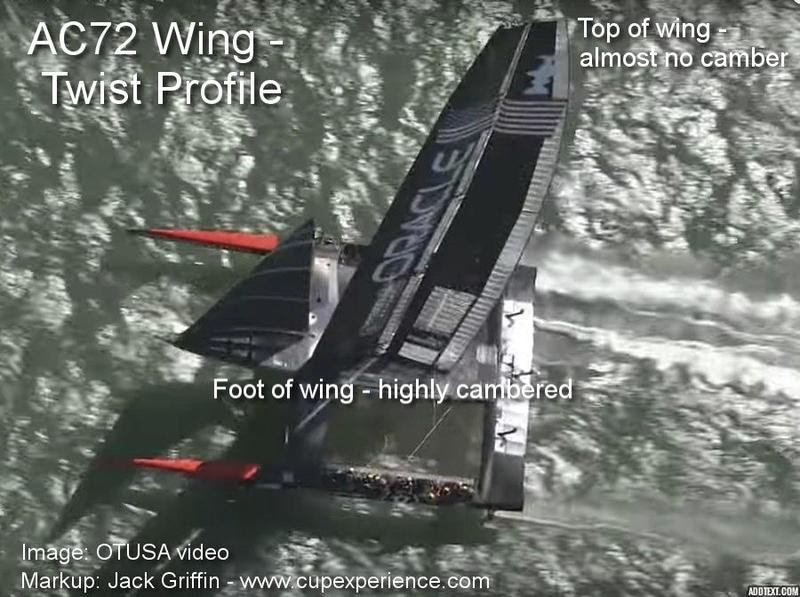 Midway through the America’s Cup Match, Oracle changed the way they set up and trimmed the wing. They changed the twist profile, opening the wing more at the top while closing the leech at the quarter-span and half-span of the wing. They also opened the slot between the tab on the leading element and the flap segments of the trailing element. This reduced lee helm and allowed them to foil upwind. These changes increased the load on the wing winch by 170%, far above initial limits. This increased load might have added enough stress in the wing to break the bracket.