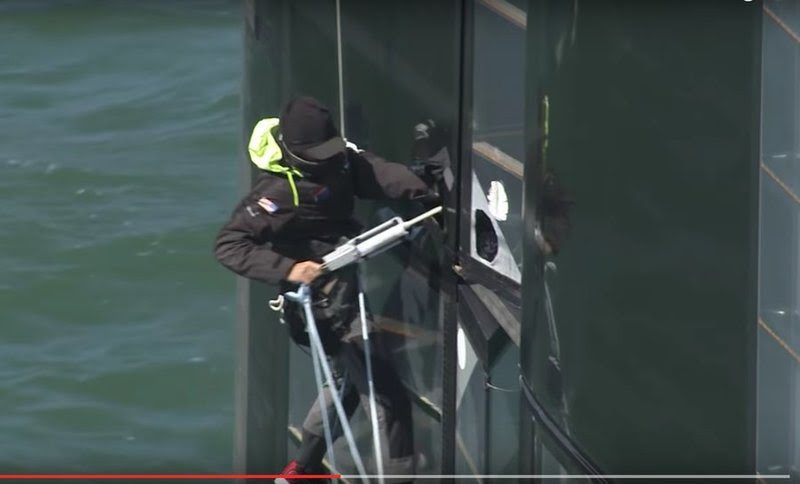 Less than an hour before the start of the deciding race, a bracket broke inside Oracle’s AC72 wing. Oracle and Team New Zealand were tied 8-8. This race would decide the 2013 America’s Cup. The breakage needed to be stabilized or else the control arm for the wing’s flap would be jammed and Oracle would be unable to race. This video shows what happened.