On 26 October the wing on Team Japan’s AC45x test boat broke apart while training in over 20 knots of wind. The lower forward corner of the trailing element – the flap of the wing – gave way and then the entire lower flap segment tore loose. Click the photo to watch the short video. If you stop the video at about four seconds, you can see where the breakage occurs. The wing trim line was holding the lower trailing corner of the wing (equivalent to the clew on a soft mainsail) and the rest of the flap simply blew apart. No one was injured and the team was back out sailing a few days later using their “AC45x” wing, which has a different shape. The wing that broke was their “AC50” wing, which meets the design rule to be used on their race boat next year. I pointed out the difference in shape with photos in this earlier article. 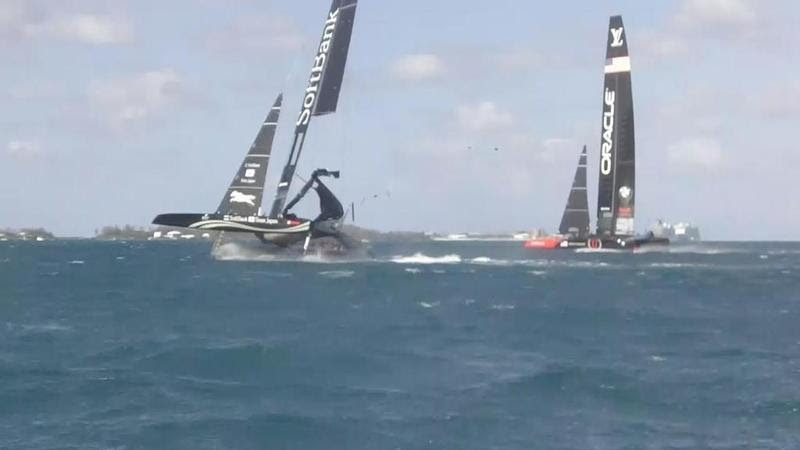