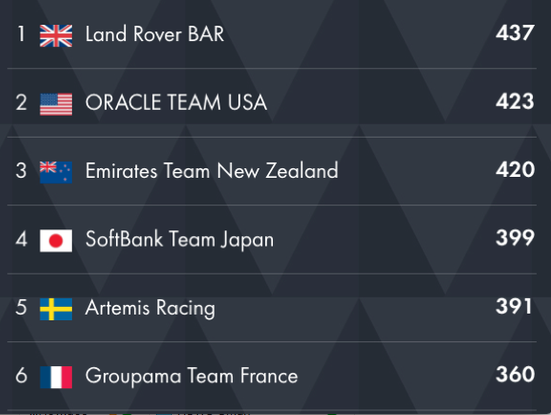 At the end of racing on Sunday, we’ll know who won the bonus points for the AC Qualifiers next May (dates here). The Qualifiers will eliminate one challenger and give Oracle or a challenger a one point lead to start the America’s Cup Match.

For this final AC World Series event, the obvious competition is between Land Rover BAR and Oracle for first place and two bonus points. With a 14 point lead BAR are in a good position to win the series. Let’s take an example to see why this is true: If Oracle were to finish one place ahead of BAR in each race on Saturday and two places ahead of them in each race on Sunday, Oracle would score 15 more points than BAR and just squeak into first place. Who wants to bet on that? For our Kiwi fans, to win the series, ETNZ would need to finish two places ahead of BAR in every race, Saturday and Sunday to get ahead of BAR.

I’ll be watching the battle between Oracle and ETNZ for second place, with its one bonus point reward. With only three points between them, that looks like where the real action will be.

Oh, by the way… They sailed a “reserve race” today, Friday. It will count if there is no racing on Saturday – quite possible with the forecast for very light wind. Who won that race? BAR, with Oracle second. Anyone want to bet against BAR to win the series?

You can hear team owner Larry Ellison’s comments on the practice racing here: 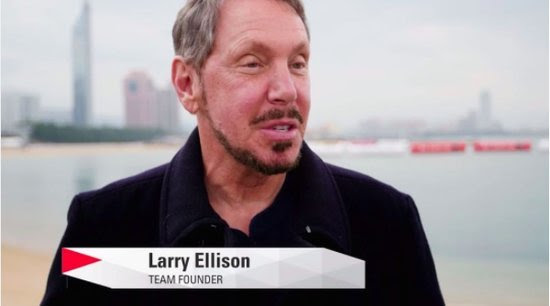