The Star Sailors League in Nassau last week had probably the most decorated field of sailors ever seen on a starting line – 16 Olympic medalists with 10 gold, 10 silver and 12 bronze medals, joined by two Volvo Ocean Race winners and other notables. After the championship racing, some of them joined the locals to race Bahamian sloops – over canvassed, low freeboard wooden boats with pry boards for hiking. I got drafted to sail with two world champions, an Olympic silver medalist and a European champion. We sank. 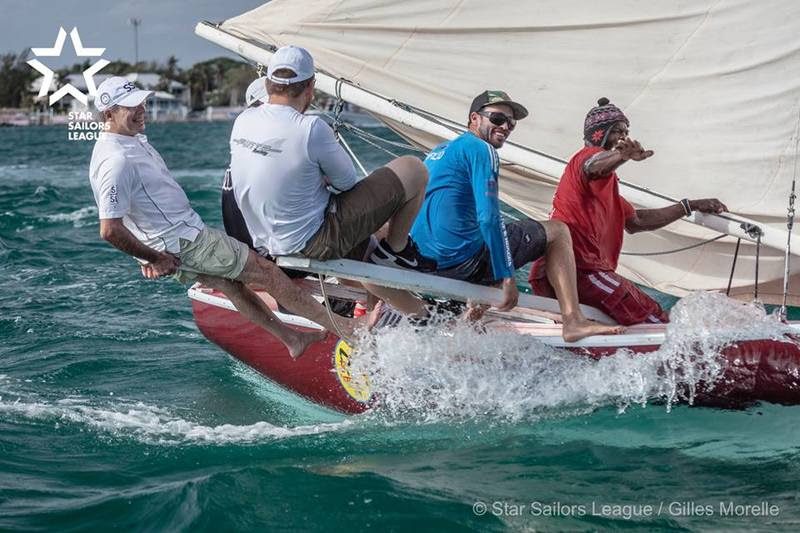 I’m at the end of the aft pry board while Jonas Høgh Christensen (Finn Silver medalist in London) and Taylor Canfield (blue shirt, Match Racing world champion) on the forward pry board listen to our Bahamian tactician Warren Adderley. Star world champion George Szabo was on the helm and European champion Johannes Polgar was trimming the main. Click the photos to see the video. 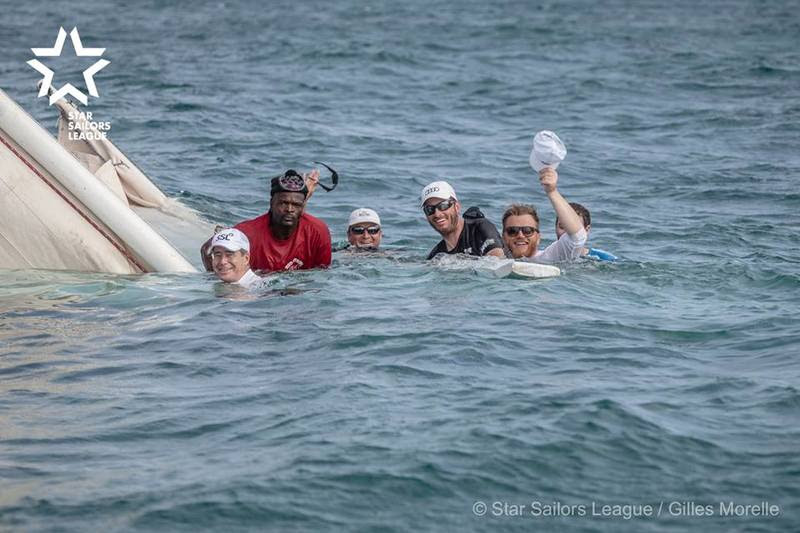