How to watch: Get up early / Stay up late

In some countries you can watch the racing on the (paid) AC+ app.

First five names are sailing crew. The others are substitutes and shore crew. Team Japan TBA.

The teams are allowed to bring 11 sailors and shore crew to each AC World Series event. Here are the team lists that have been announced so far for Oman. Adam Minoprio replaces injured Franck Cammas at helm on Groupama Team France. 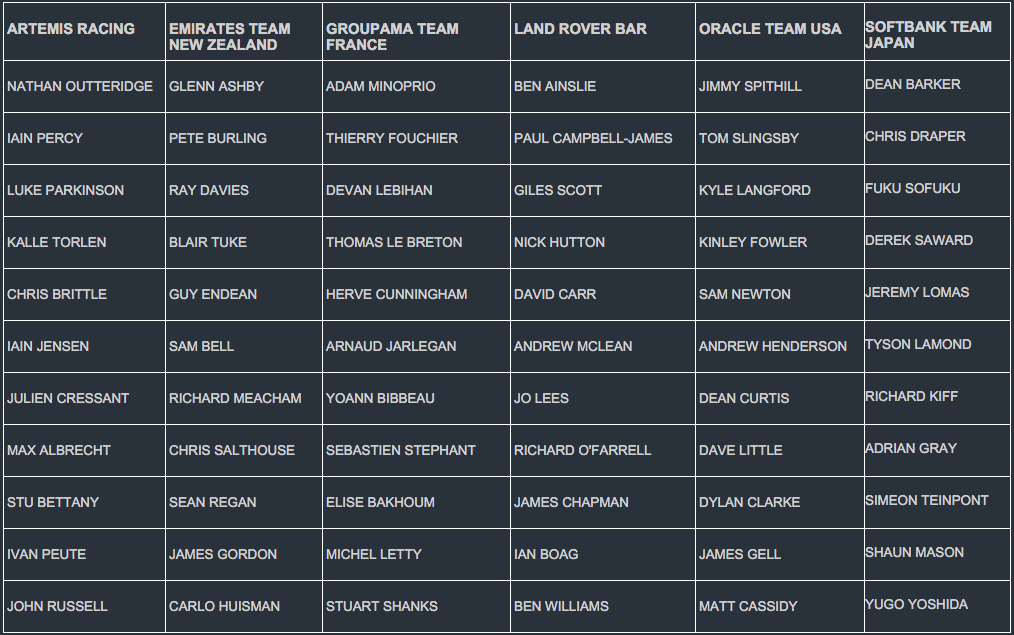 There are many possible course layouts, all based on the diagram shown. The start will always be a reach. The last leg to the finish may be downwind or a reach. Click to enlarge. Download PDF here. 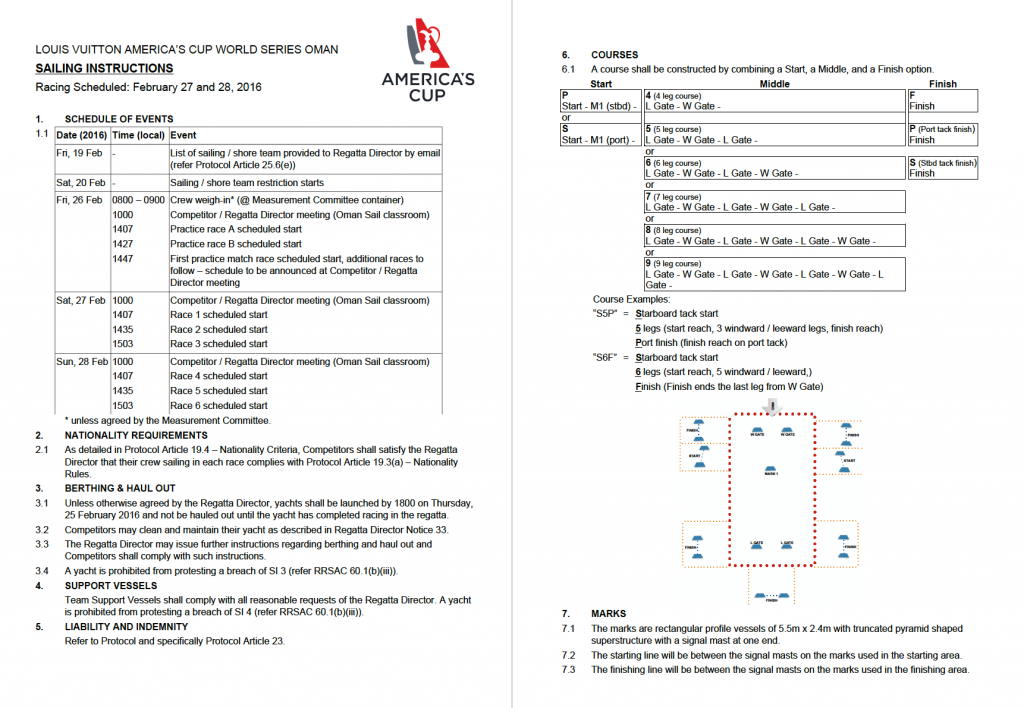 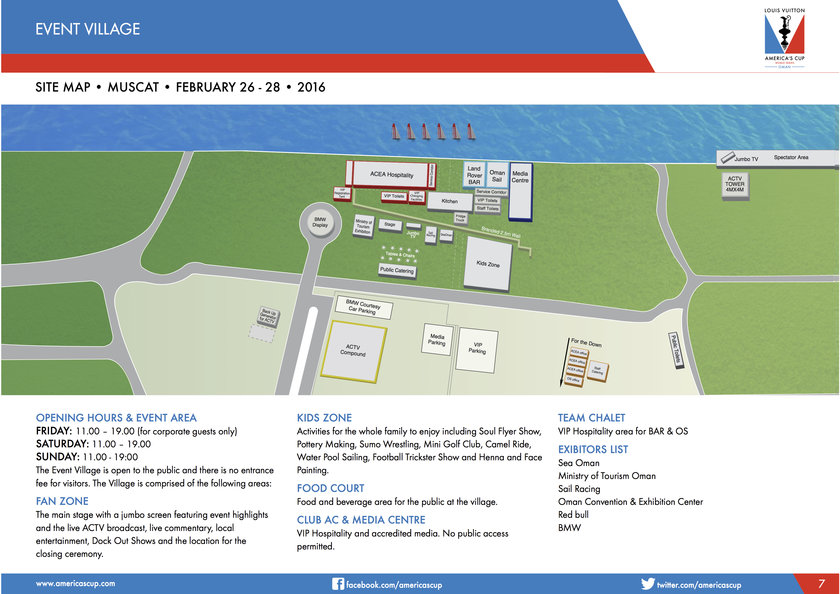 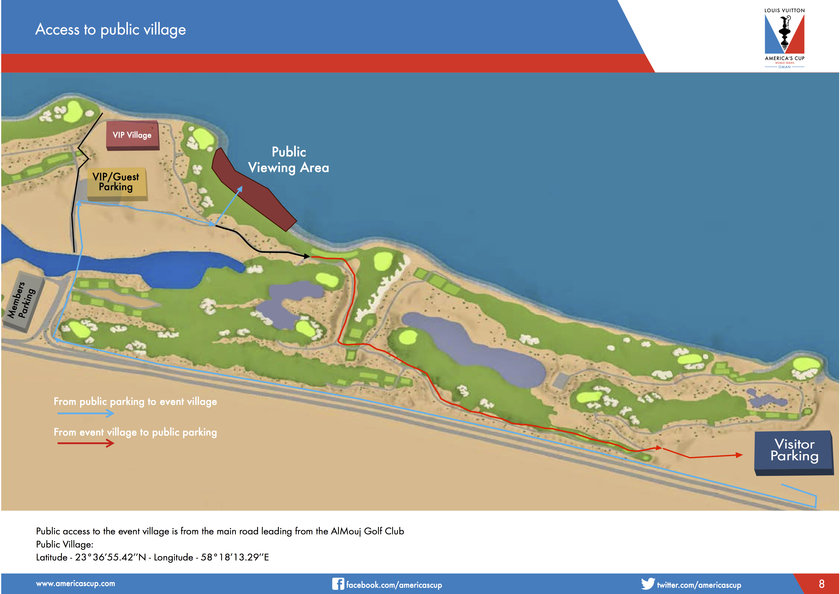