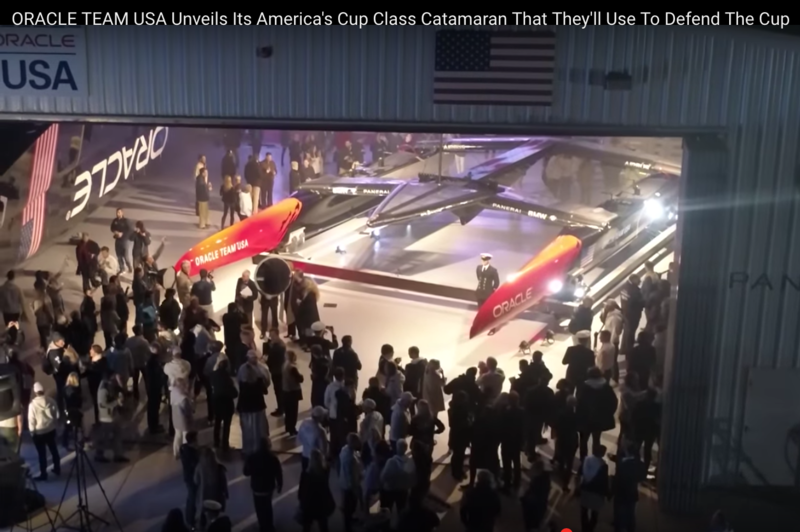 Oracle unveiled their race boat at a party on Valentine’s Day evening. They christened the boat the next day. 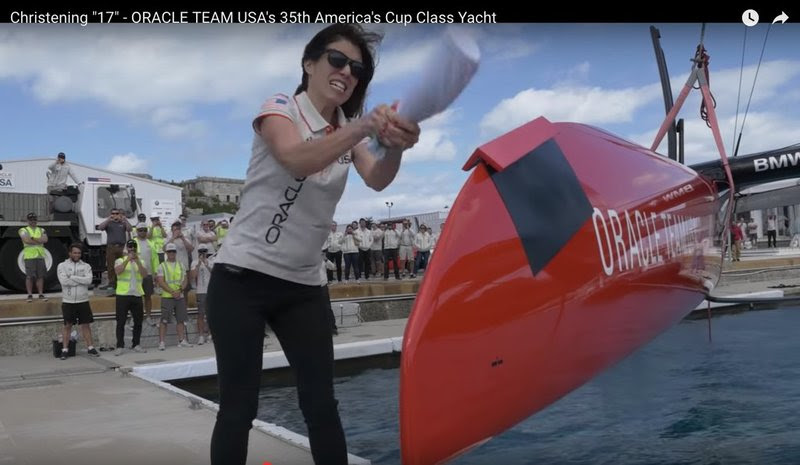 Luciana Corral smashed the champagne bottle with a mighty swing. Fortunately the shore crew had built a protective “bottle protector.” Click the photo to see the video.

Naturally, the hot topic at Oracle’s party on Tuesday was the Kiwi grinding stations.

“We looked at it hard, as I know all the teams did, and it’s a compromise,” Spithill said. “Nothing is straightforward. You can get more power on the pedal, but there’s other compromises. You take windage and it’s a little harder getting on and off the pedals, so personally I don’t think that decision will be the deciding factor. We looked at it hard to see how it works out and they are the only team to do it so far from what we’ve seen. We haven’t seen Artemis’s boat yet, but I don’t think they would have done it. Whether it will be a good decision only time will tell and really until we see them sailing up here in the Great Sound we won’t really have any idea of where they’re at.”