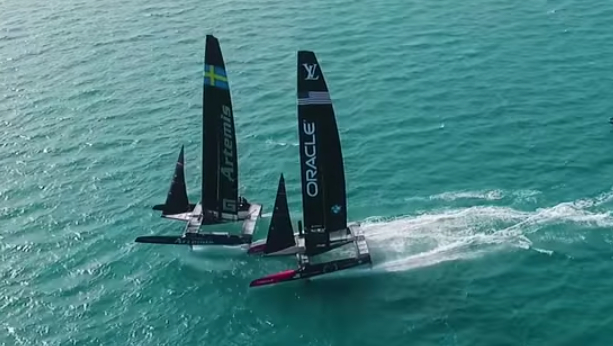 Oracle published a report on the practice racing here. Jimmy Spithill said, “There was some great, close racing between ourselves and Artemis Racing and SoftBank Team Japan. All three teams won and lost their share of races and we all learned a lot I think. Unfortunately, the British seemed to be having issues and weren’t competitive which was a bit of surprise.”

BAR have just over 100 days to get things sorted out. Remember that Oracle was taken by surprise in the 2013 AC Match in San Francisco, but made a series of improvements over two weeks and staged their comeback.

Unofficial results, as reported by Oracle: 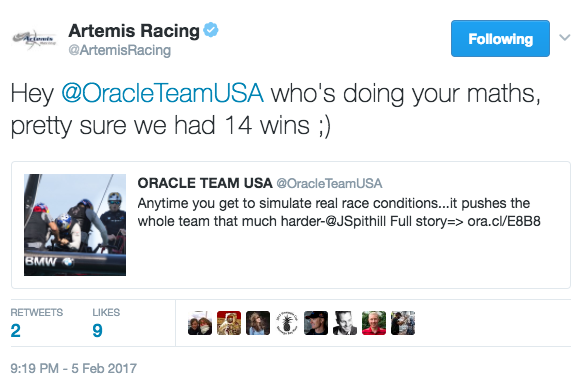