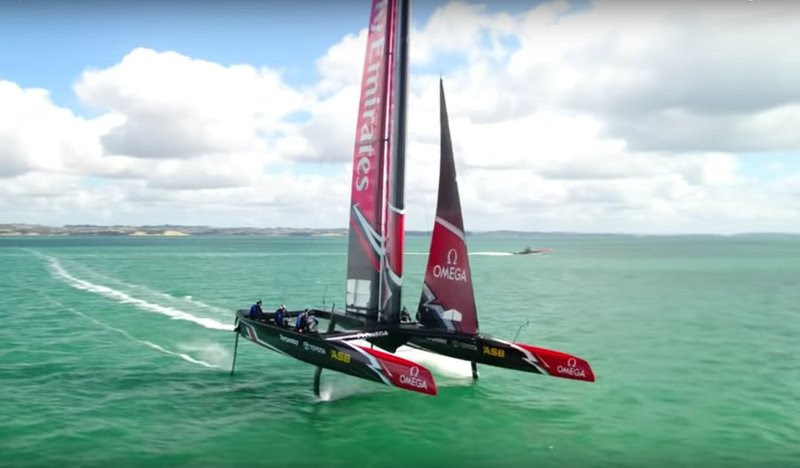 Emirates Team New Zealand had previously said they would launch their race boat in late January and sail in Auckland during February before shipping the boat to Bermuda. That way their 28 day “blackout period” would be spent disassembling, shipping and re-assembling the boat. We have no news of the boat being launched yet. But we have heard that they were sailing very well in December, in their AC45X test boat. The rumor is that they laid out an AC race course and could sail an entire race without dropping off their foils – tacking upwind as well as downwind. We may get some more news when they launch in Auckland (soon?) and, of course, when they first sail on the Great Sound in late March.