The five America’s Cup teams in Bermuda held the second series of test races in their America’s Cup Class race boats – 17 races in all. In windy conditions Artemis dominated, winning all nine races, including four against Oracle. Oracle beat everyone else, including three wins against stablemates SoftBank Team Japan. Team Japan lost five races but beat Land Rover BAR and Groupama Team France once each. BAR raced each team once, beating only the French. France raced each team once, losing to everyone. 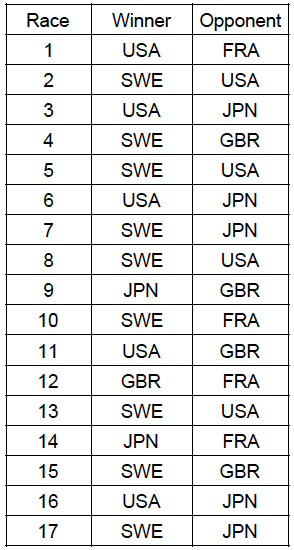 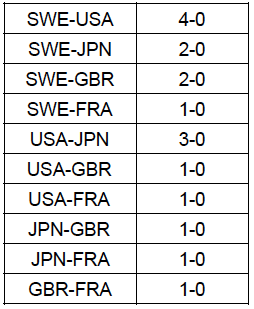 But… All of the teams will continue improving!
France has good straightline speed but are still mastering their boat and the control systems.
BAR has great crew work on a slow boat that they will continue to develop.
Team Japan, like the French, has a fast boat and will continue to improve.
Oracle has heaps of resources and experience at making a comeback.
Artemis will keep getting faster.

And… then there is the mystery team – Emirates Team New Zealand.
We will find out how competitive the Kiwis are during the next training race series – five days beginning Monday 24 April. All reports say they are fast, smooth and confident, as we heard in this interview.

Comments From the The Teams