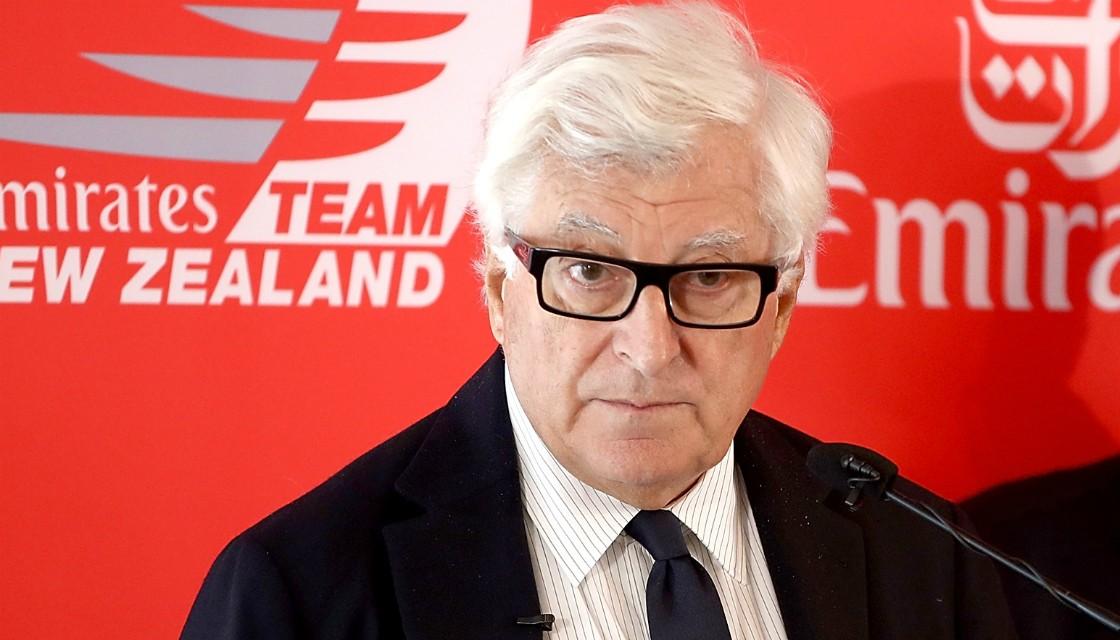 At the beginning of the second upwind leg of Race 2, Oracle trailed New Zealand by over 500 meters. In the light air they seemed to be on the right side of all the shifts and closed the gap. A poor tack by the Kiwis let Oracle round the right gate mark on New Zealand's transom. But when both boats gybed together on Leg 6, Oracle fell off the foils and confusion seemed to reign on board.

In this ACTV video footage, it's hard to see who's doing what in the aerial and onboard shots, but if you look closely you can see...

What was going on? Did they lose hydraulic pressure during the gybe? Their accumulators should have been fully charged - they had made their last tack, to starboard some time earlier, well before rounding the mark and bearing away. Had they bled off all their pressure with the board rake controls when they tried to engage New Zealand after the Kiwis tacked? It's a bit mysterious! It was certainly disastrous - the Kiwis won the race easily and put their first point on the scoreboard. 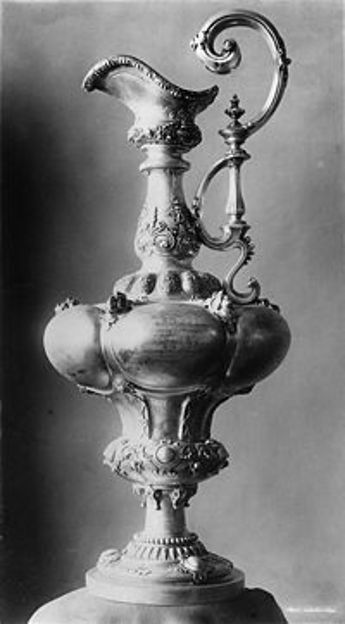 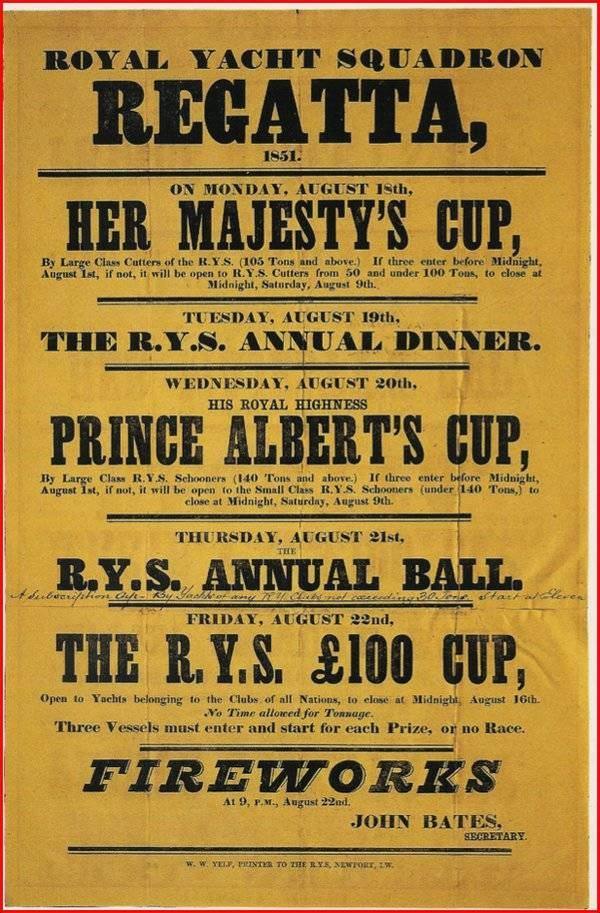 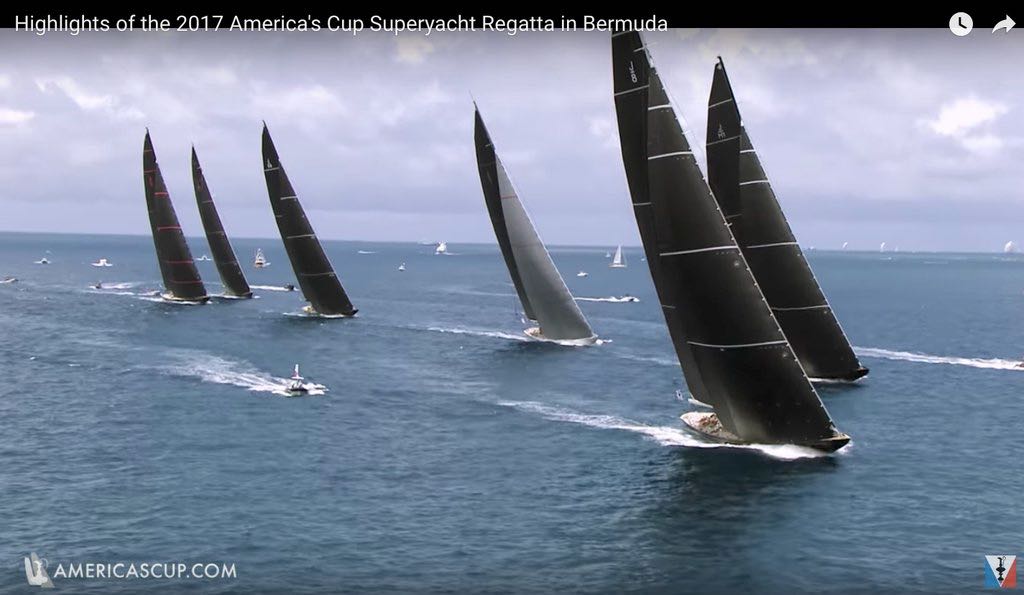 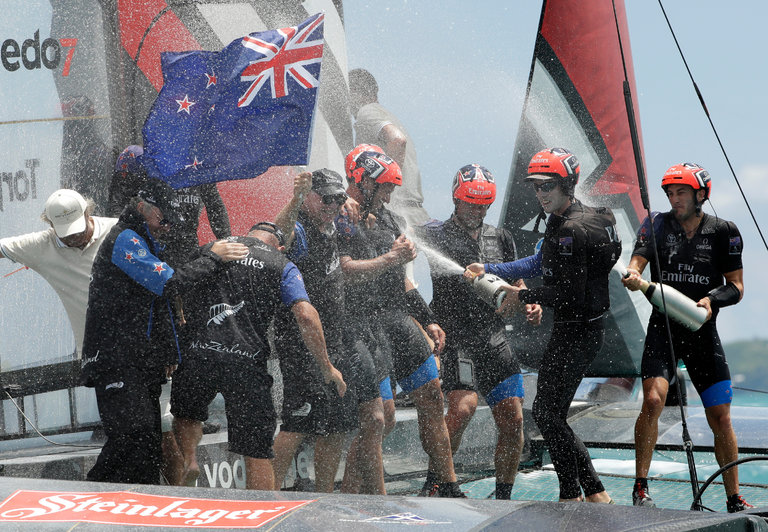 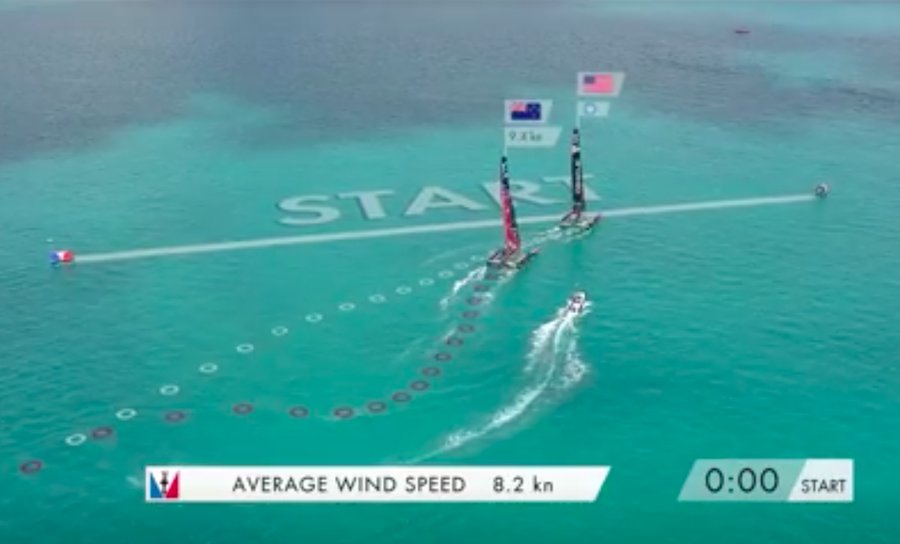 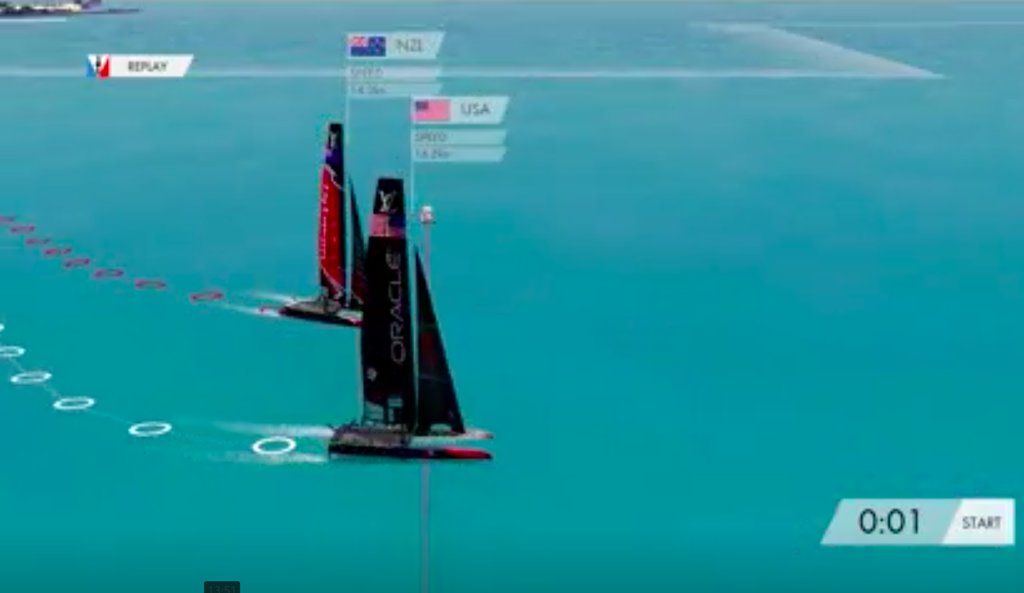 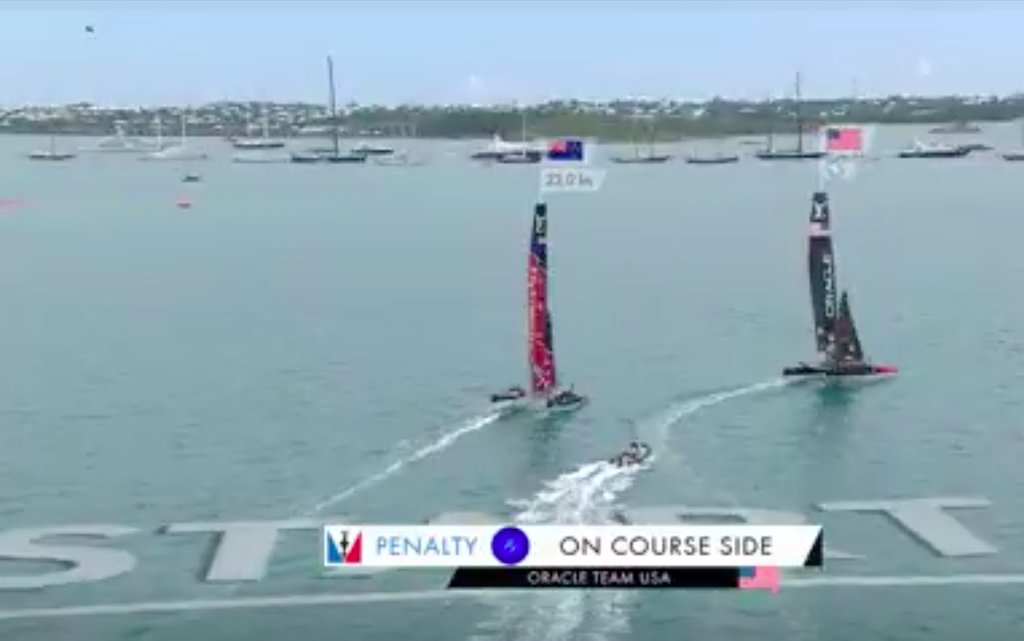 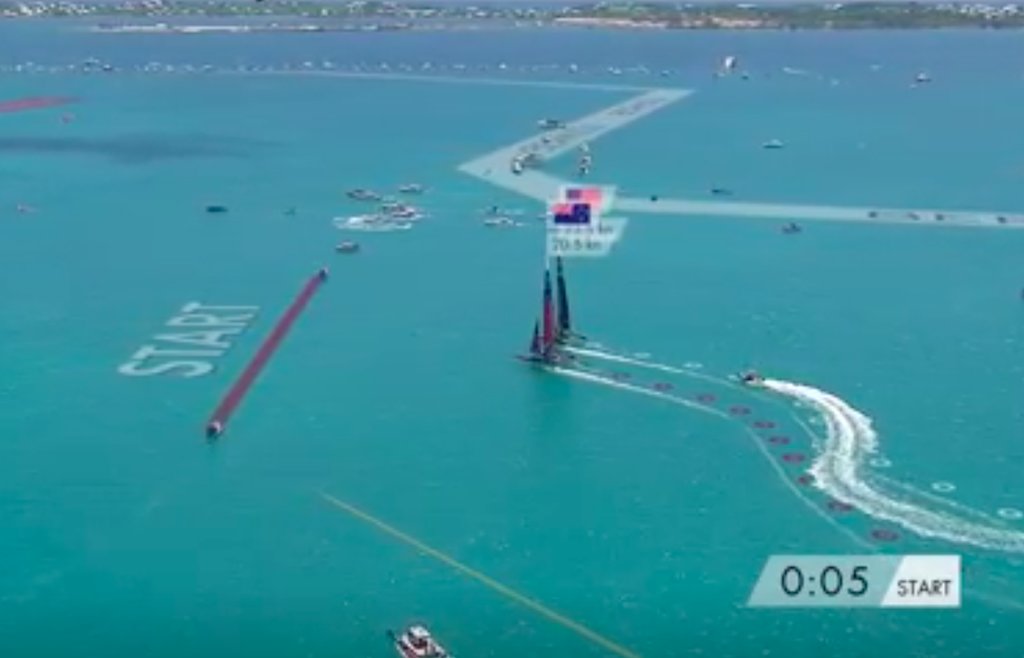 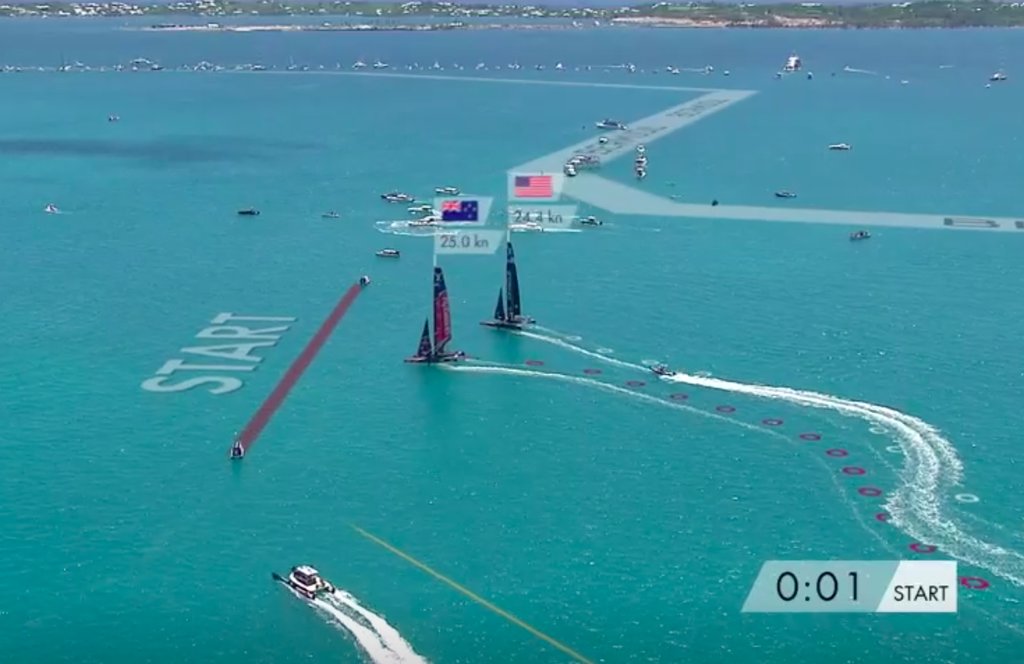 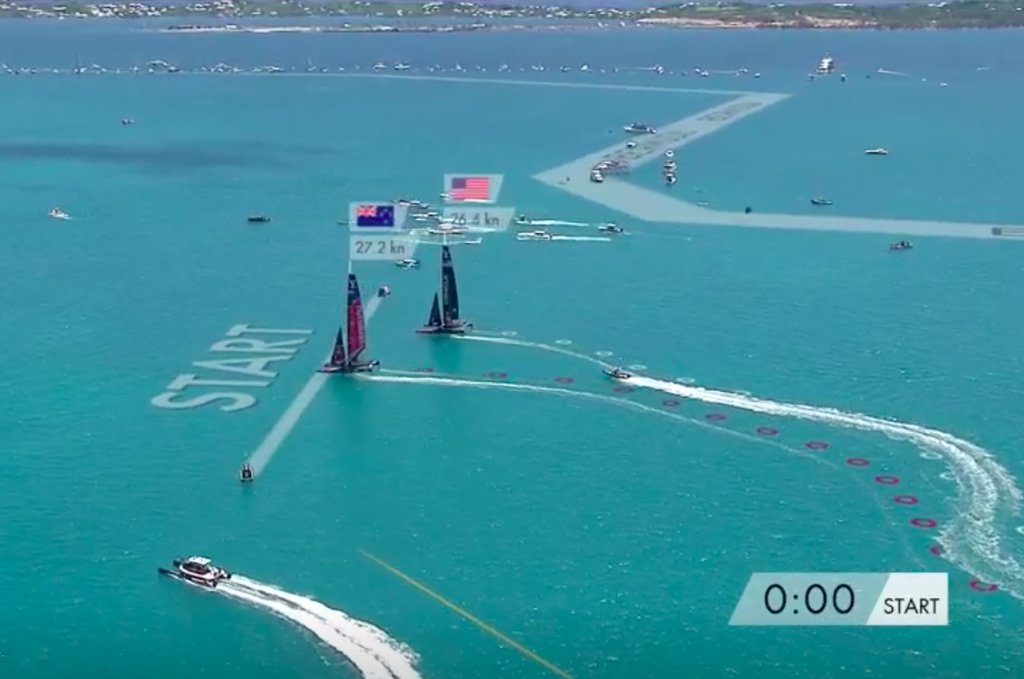 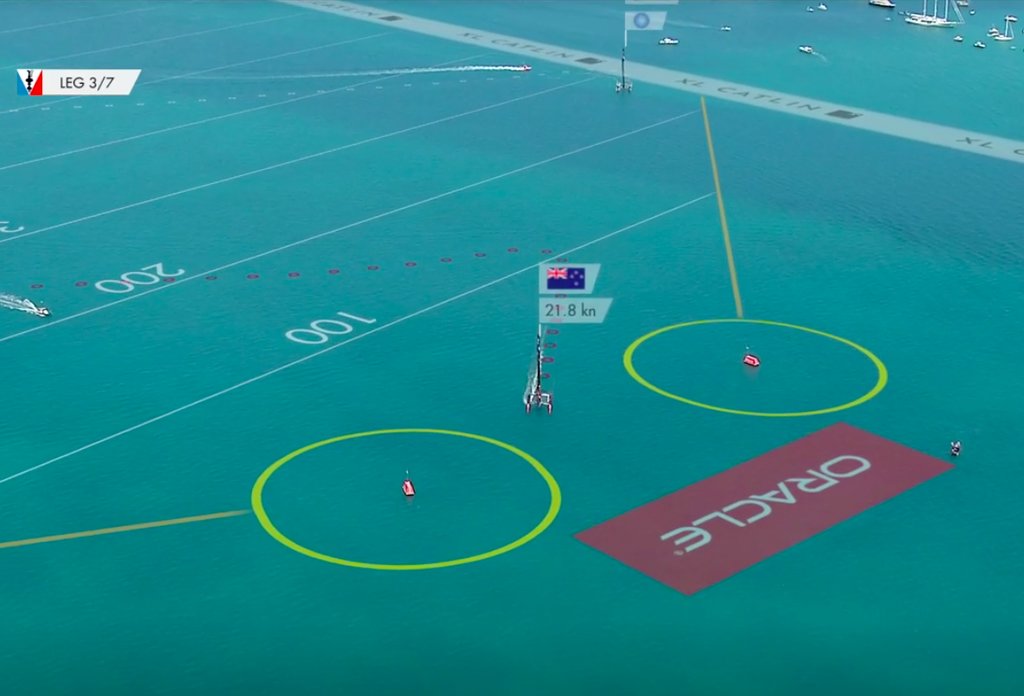 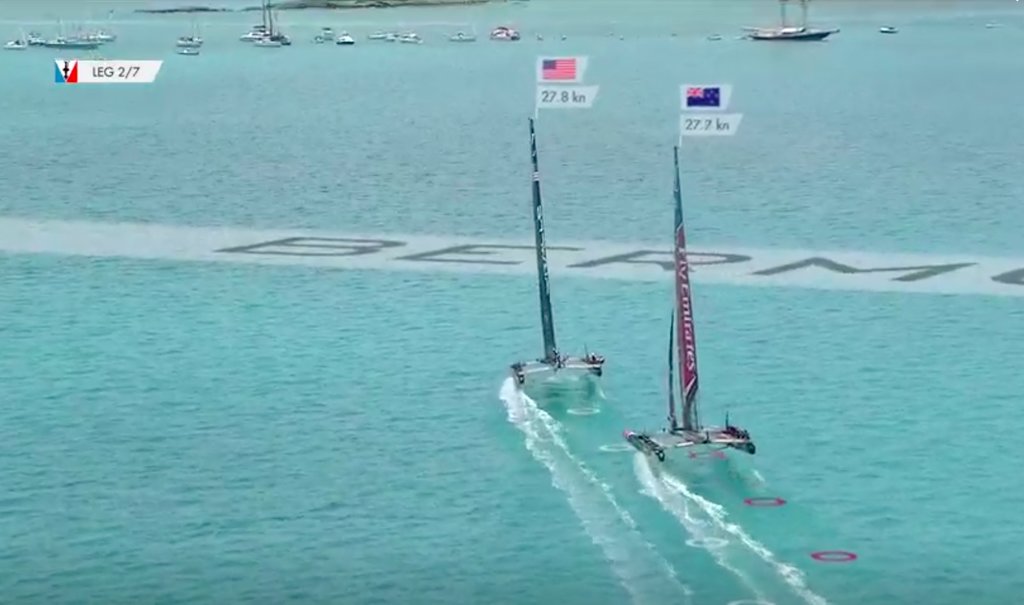 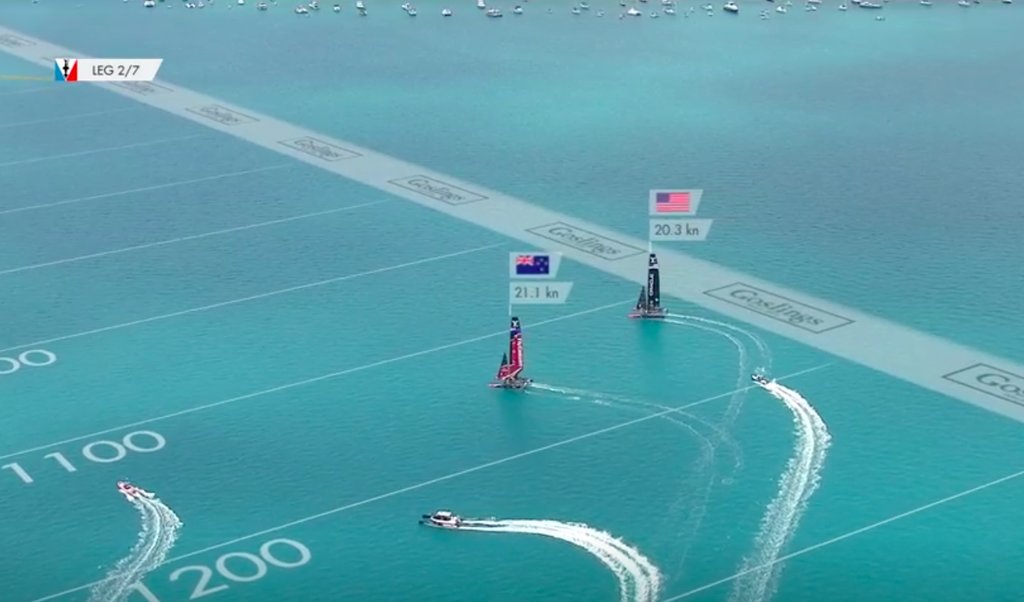 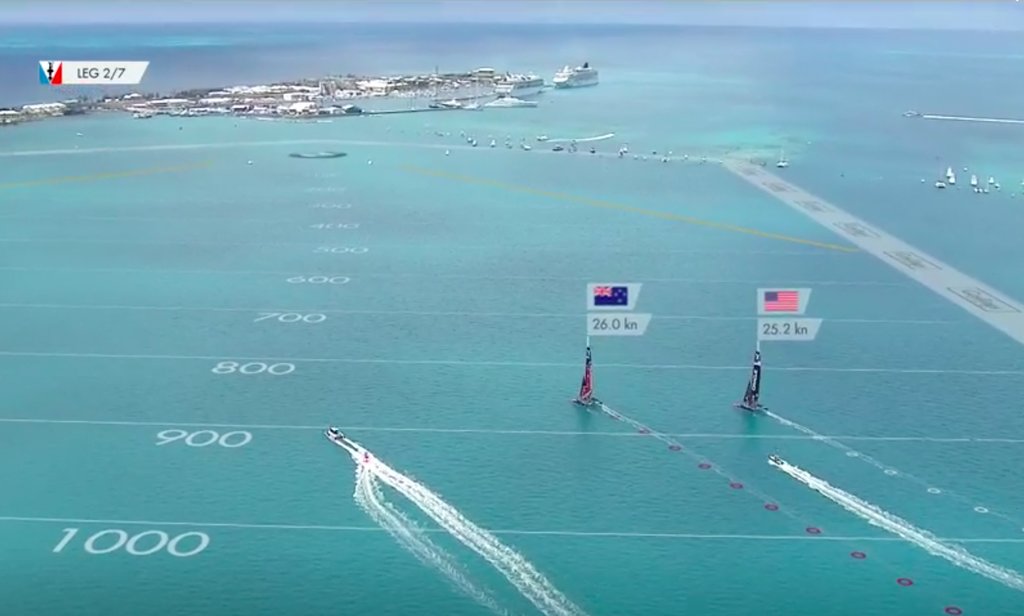 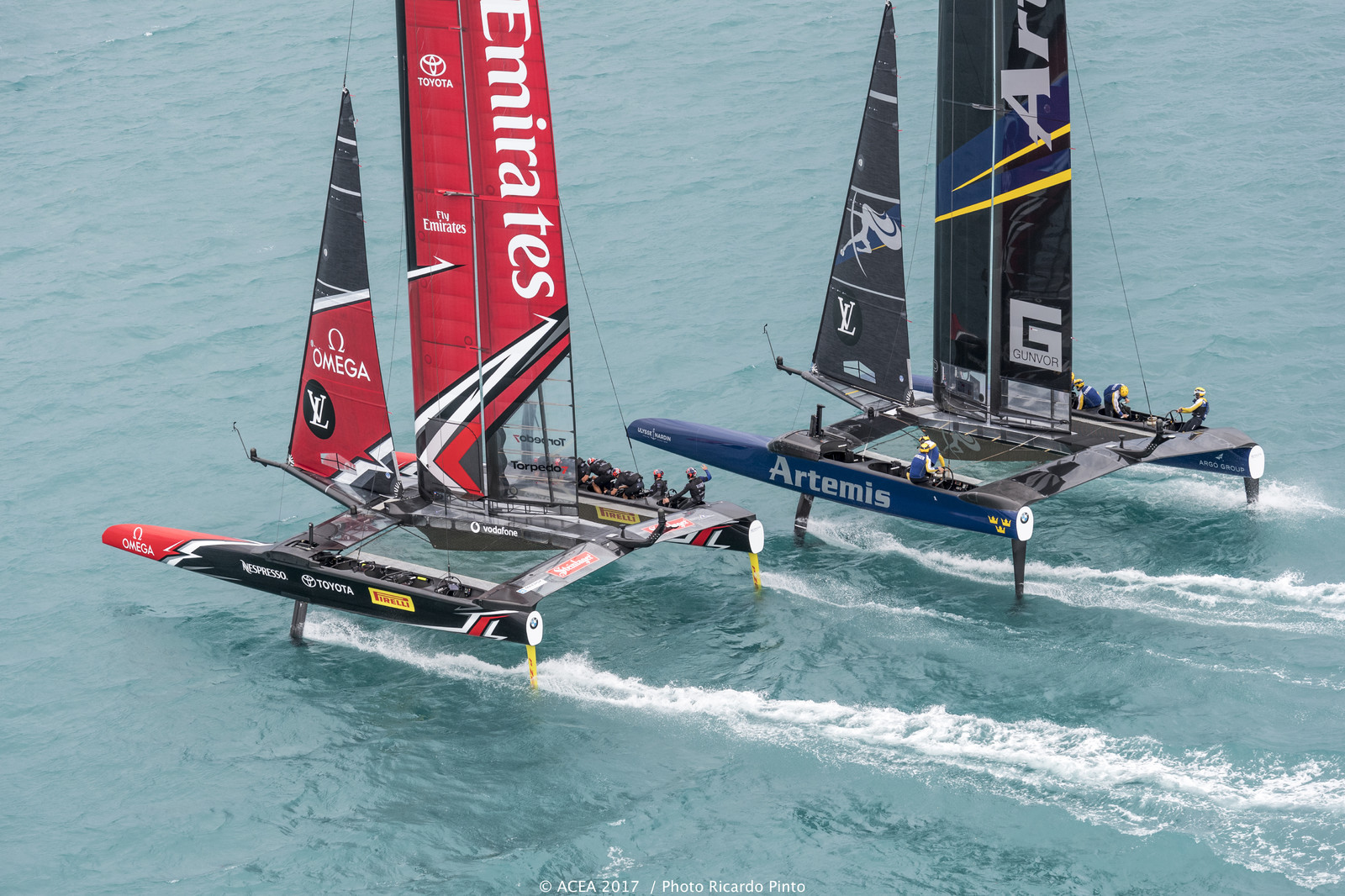 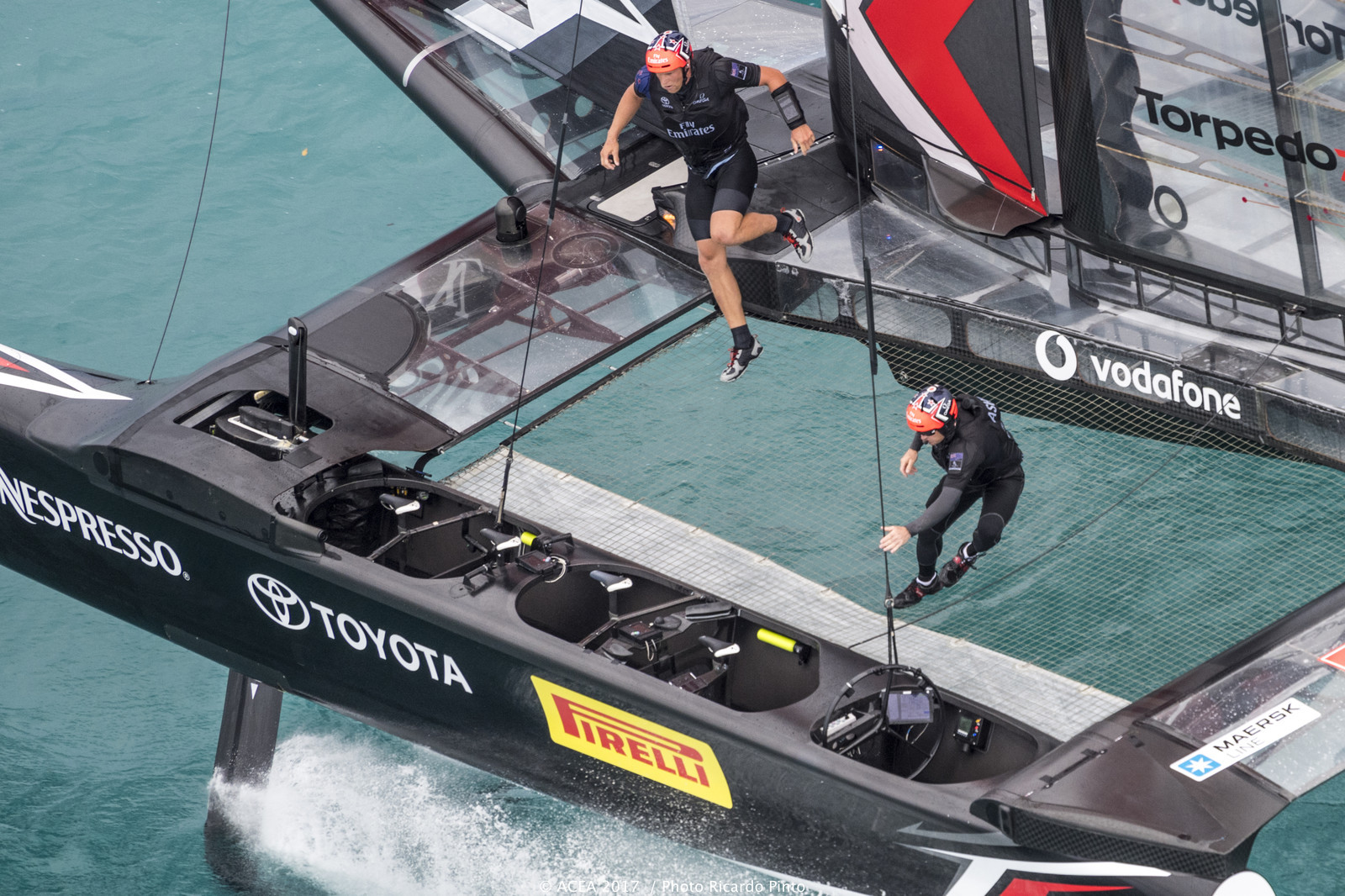 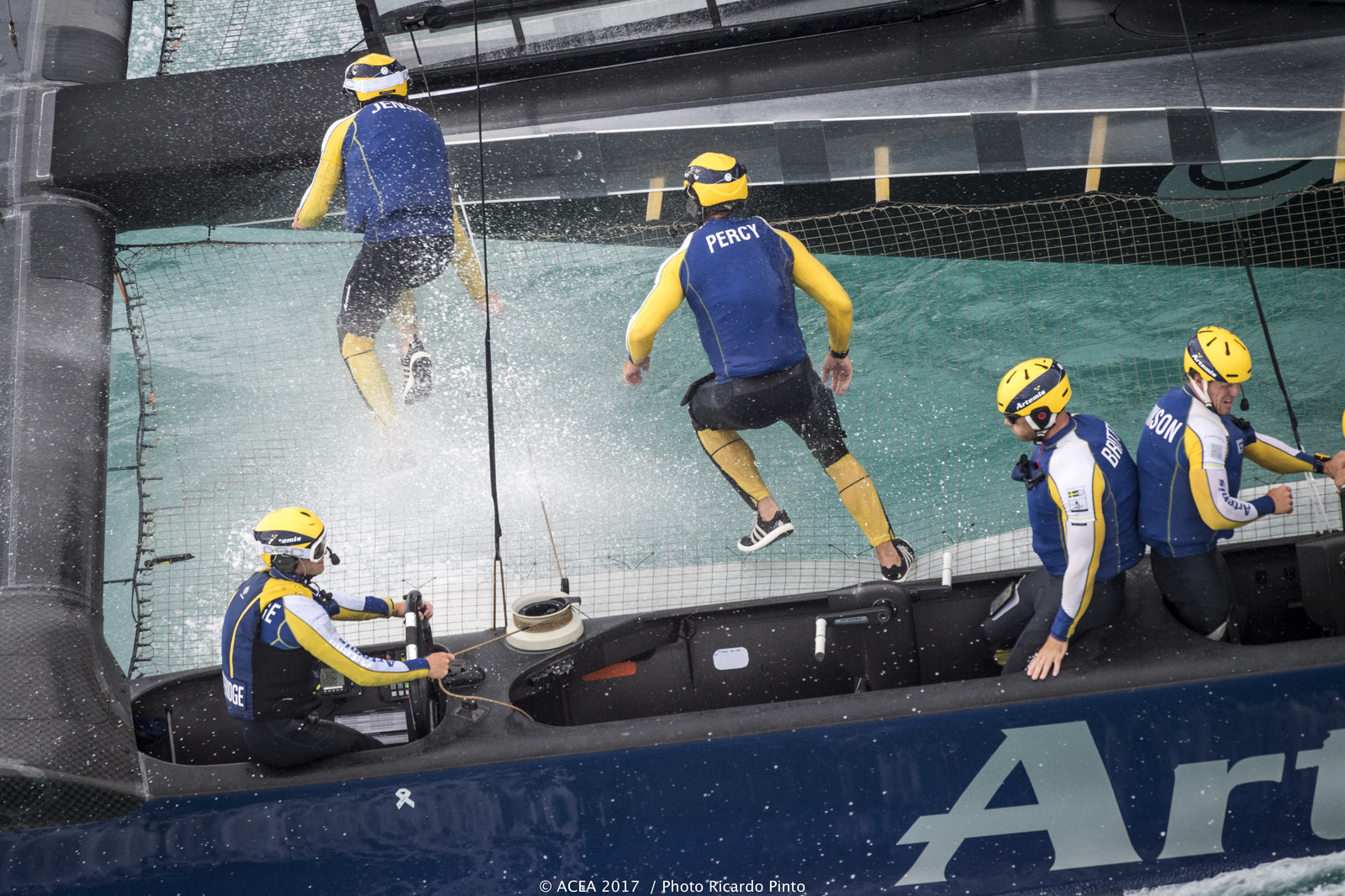 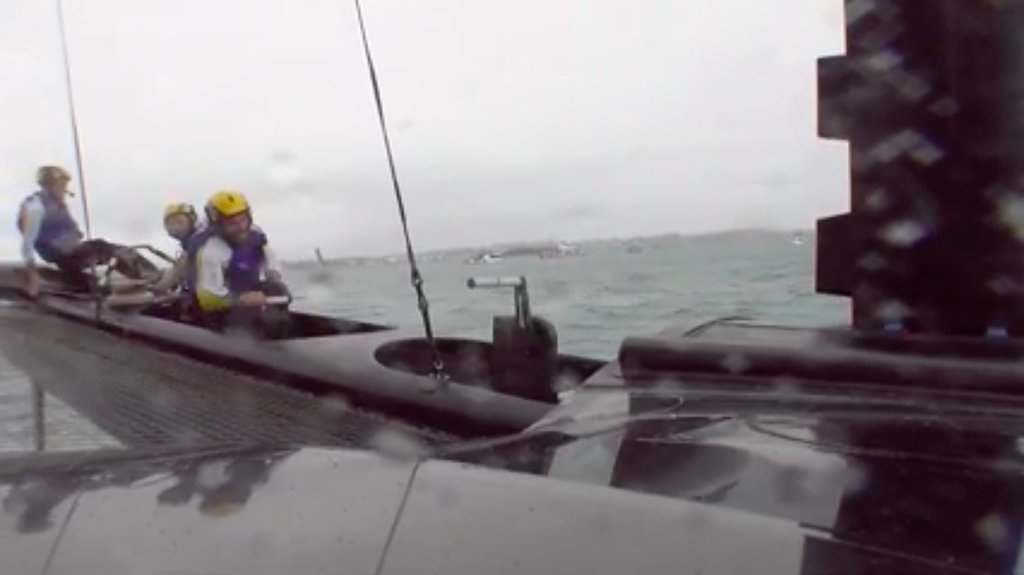