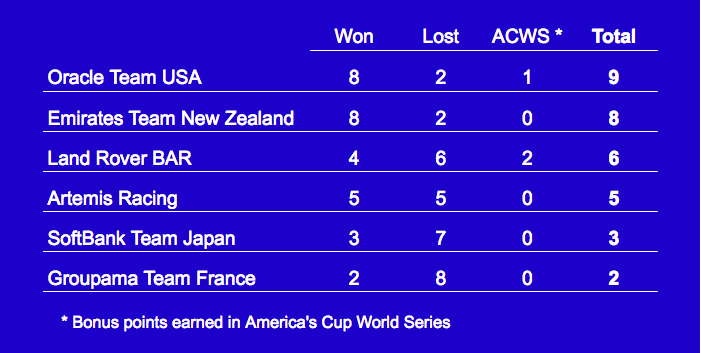 The AC GUIDE is available in the Cup Experience CLUB. Membership is FREE. 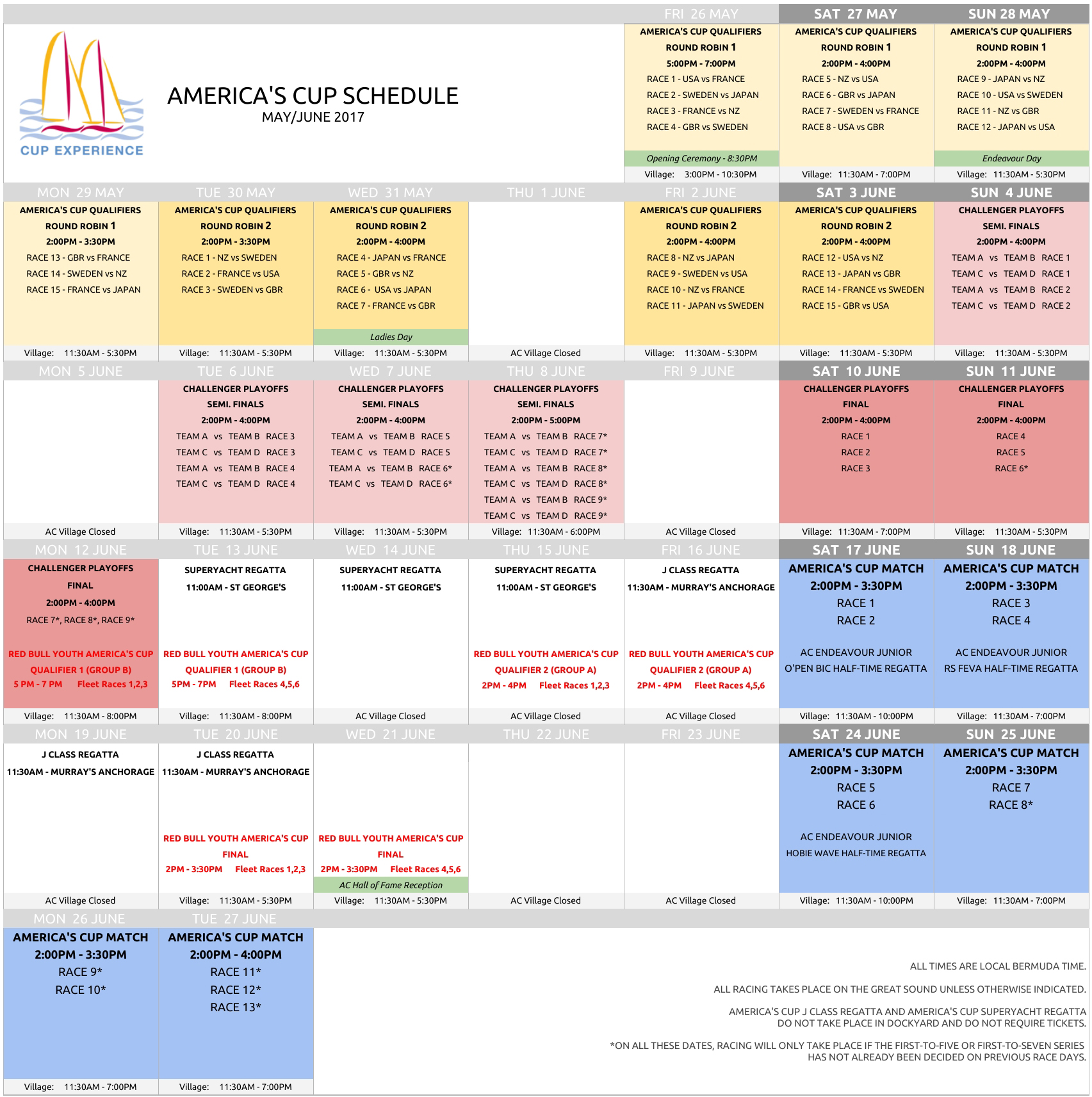 All six teams competing, including the defender, Oracle Team USA​ 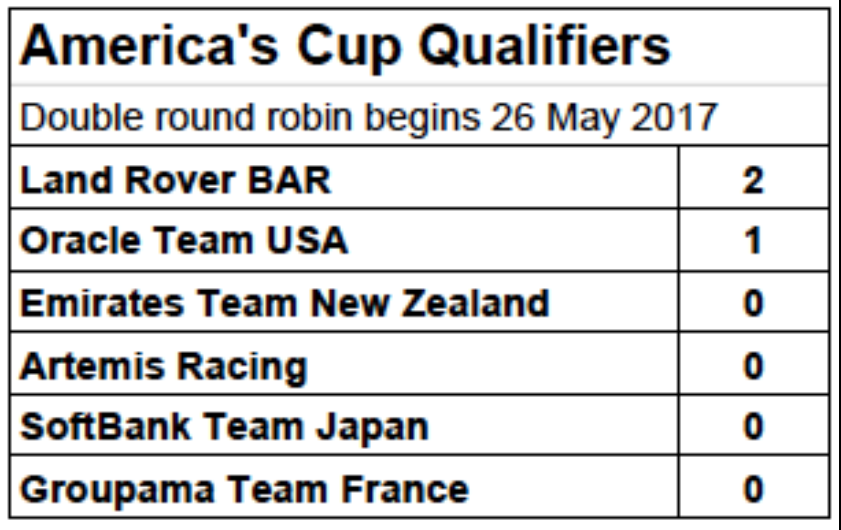 The final standings of the America's Cup World Series determine bonus points carried into the round robin AC Qualifiers. Any ties at the end of the Qualifiers will be broken based on these final standings. This could determine... which challenger is eliminated, the pairings for the Challenger Playoff semi-finals and, which team can carry a bonus point into the main event, the America's Cup Match. 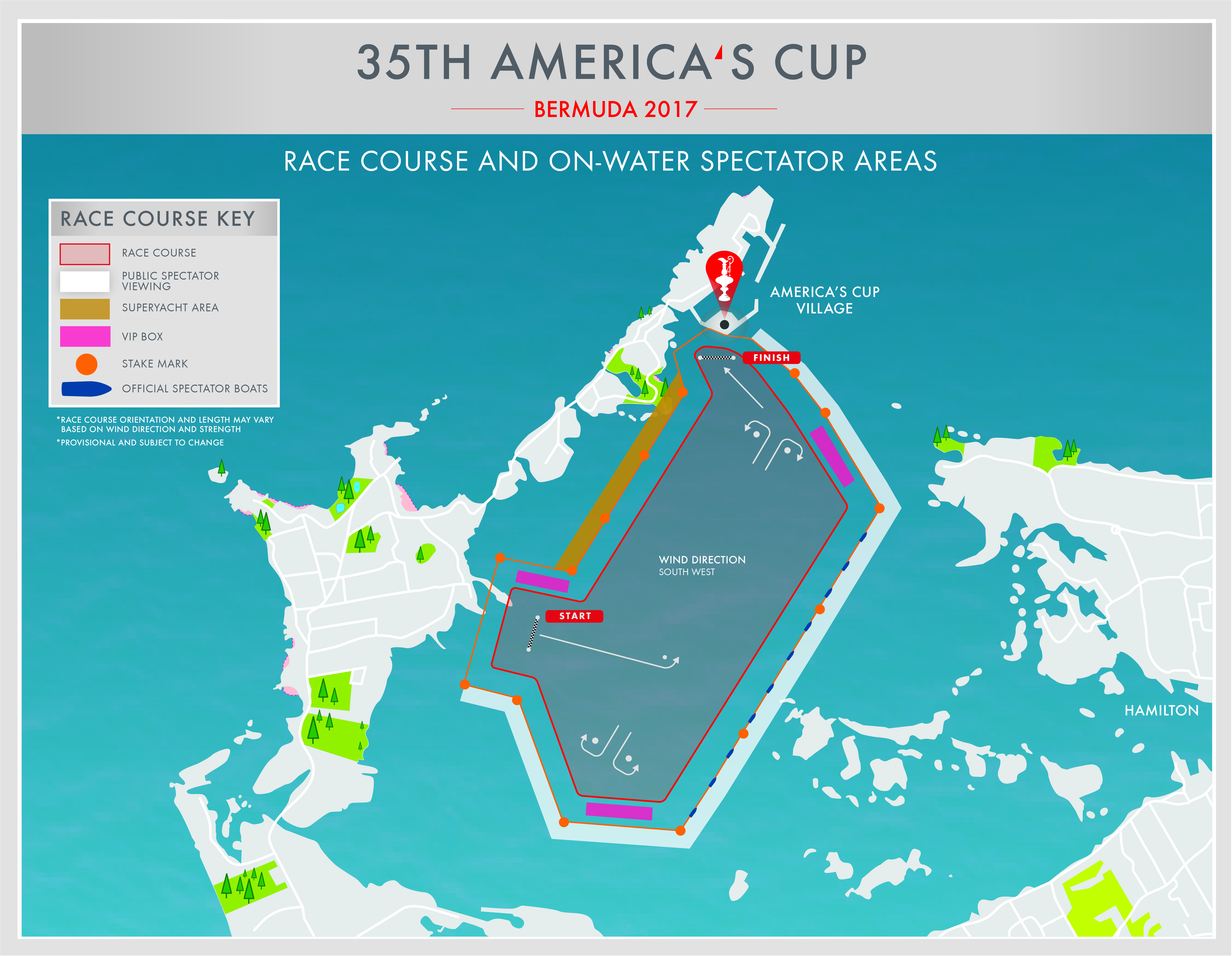 Check here for the local broadcaster in your country. You will need to check your broadcaster's schedule to find out what coverage they offer: Live, Replays, Highlights. 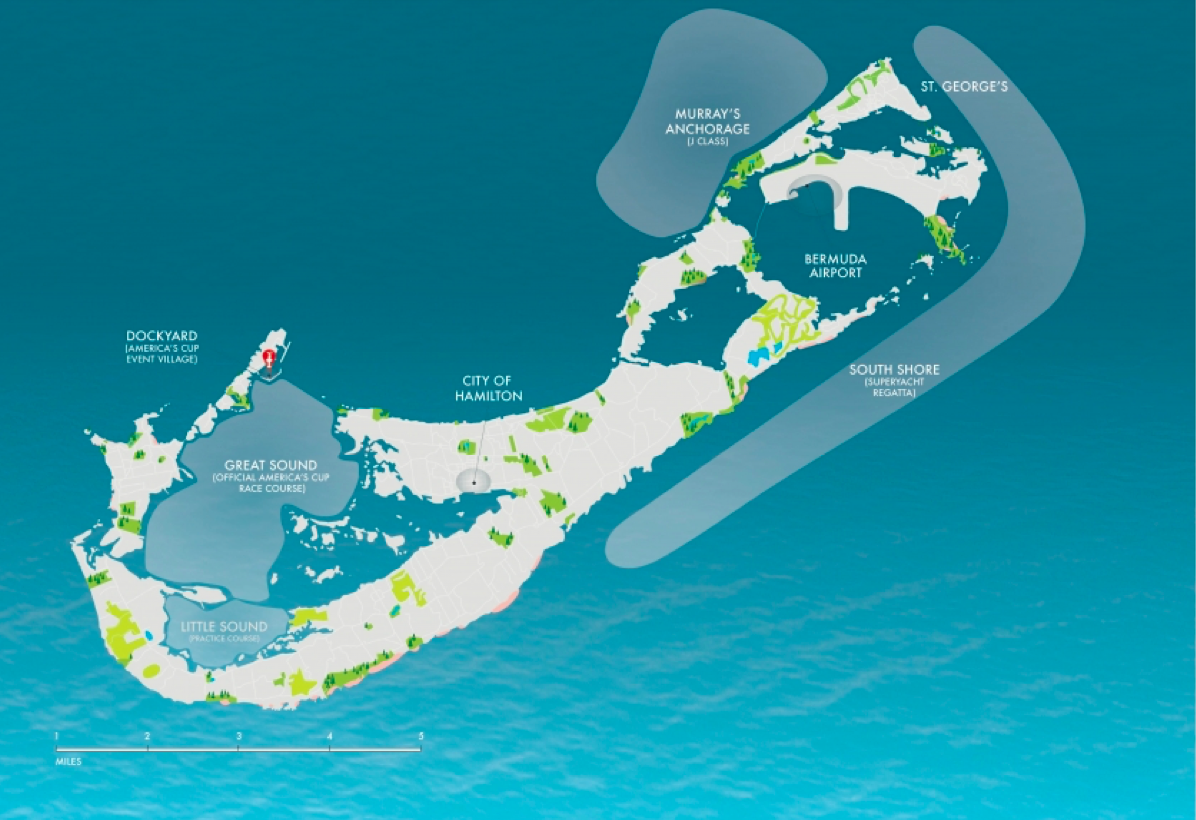 Full Program of Events on Arabella

Say "Thank You" to Jason, the man who makes MyIslandHomeBDA. DONATE.

And, thanks to AC Tragics Group for editing this video of a few of Jason's great shots!​

Thanks to MyislandhomeBDA from AC TRAGICS GROUP on Vimeo.

America’s Cup Class catamarans racing for the first time! Watch the pre-start between Oracle’s Jimmy Spithill and Land Rover BAR’s Ben Ainslie. With port tack entry, Oracle is allowed to enter the starting box 10 seconds ahead of starboard tack, right of way Land Rover BAR. But they are late and cannot cross in front of BAR. Both boats go into a dial up.

With champagne for the boat and rum for the base, Challenger Land Rover BAR celebrated the launch of their America’s Cup race boat last week. Georgie Ainslie did the honours with the champagne. Bermuda’s Minister of Economic Development, Grant Gibbons handled the traditional roof wetting with rum to open the team base.

Thanks to Ber Memes for the drone footage and coverage of the big day.

You can see a replay of the livestream of the event here.