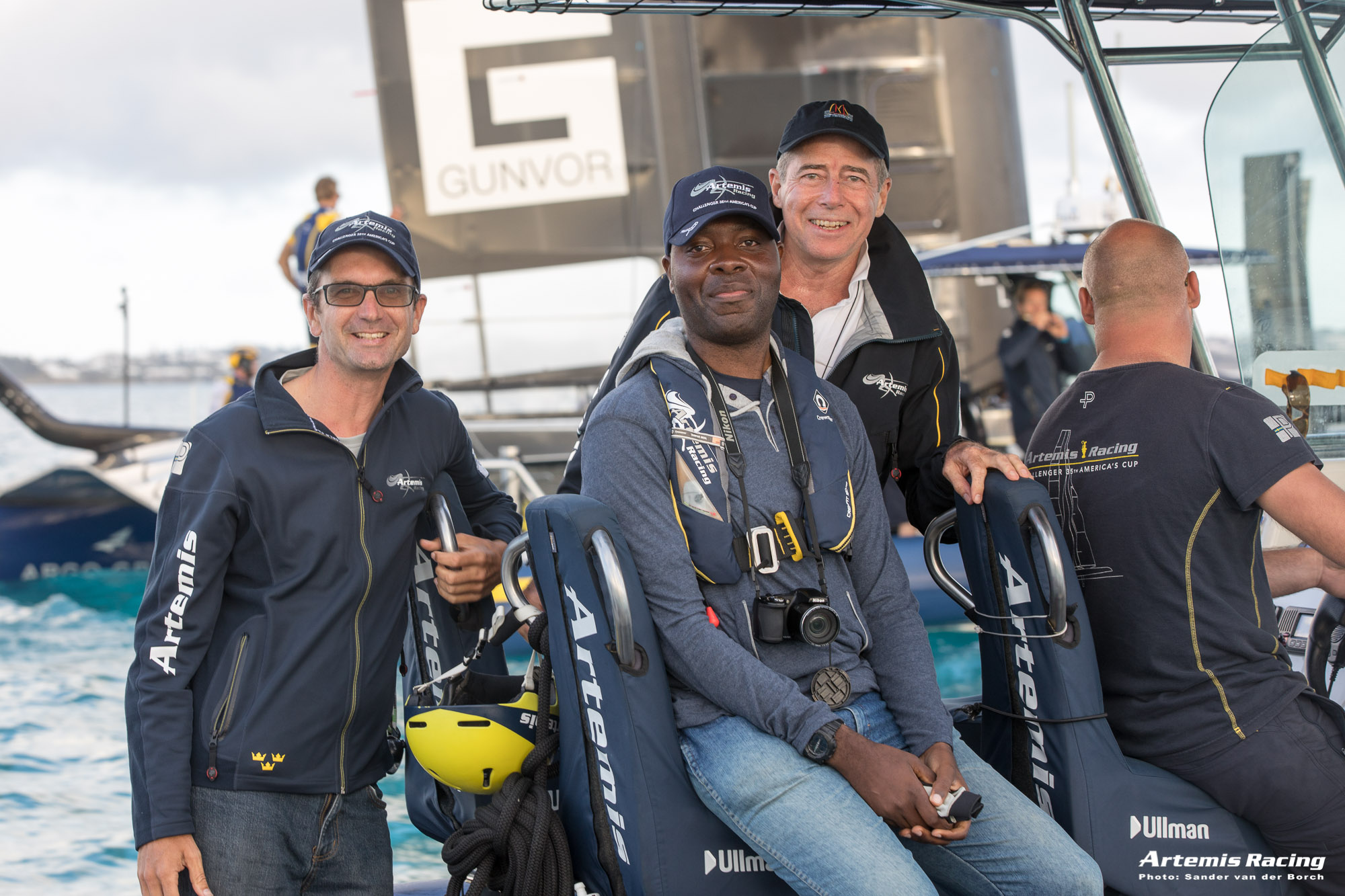 I wish you could all meet the guy who has been working so hard to let us see the America’s Cup teams training in Bermuda. Jason Smith spends countless hours filming and editing videos that are now enjoyed by us – sailing fans from around the world. He answers almost every comment that we post on his YouTube channel. We are lucky to have someone so dedicated.

Let’s all say “Thank You” to Jason with a donation. Jason does an amazing job with very modest equipment. He gets around Bermuda by bus and on foot. He has been touched by the sailing fans who have been enthusiastic about his videos.

P.S.   Yesterday (April 28) I ran into Peter Bromby, well-known Bermudian Star boat sailor and four time Olympian. He immediately pulled out his wallet and handed me $50 for Jason – the first donation! Join Peter and me in supporting Jason.